Global Game: Helsinki is the 'centre of gravity for the future of games', says Supercell

It's natural that, when considering mobile's superstars, Rovio and its unstoppable Angry Birds should be top of mind.

There's another developer on Rovio's doorstep, however, that's also been making a rather large amount of noise – and, indeed, a stack of revenue - of late.

Supercell, the studio behind massive and enduring iOS smash Clash of Clans, is the new master of the free-to-play scene on tablets. The developer's chart topping performances in the App Store's top grossing charts have set new standards for the monetisation of mobile games in the west.

Natural, then, that we'd be looking to catch up with Supercell CEO Ilkka Paananen, both to take him to task on the secret of his studio's success, and – considering it's Helsinki week on PocketGamer.biz – just why the Finnish capital plays host to so many mobile masters.

"Helsinki is our home," says Ilkka, "So it was a natural decision to start the company here. But not only is Helsinki where we're from; we also believe that the best talent to forge the future of games is here.

"There's a long history of developing great mobile games in Helsinki, and we believe that mobile and particularly tablet are going to emerge as the ultimate game platform.

"That makes Helsinki the centre of gravity for the future of games - which is proven by how many mobile game companies are based here.

"Rovio and Supercell are just two of the many, many companies making mobile games in Helsinki. So not only is there already much talent here, but being that centre of gravity also attracts a lot of talent who are moving here from abroad to be part of the shaping of the future of games."

It is this reputation for talent which has drawn in programmers, artists, PR people and more from around the world, says Ilkka - all of this despite the Scandinavian weather.

History is also a powerful motivator for everyone working in games in Finland. Everyone loved Snake right?

"Finns have been developing mobile games since the early days, starting with the introduction of feature phones in the early years of the century," he adds.

"At that time, Nokia had a huge impact on the scene and several smaller companies building mobile games were born around it, such as Sumea and Mr. Goodliving. Even though Nokia isn't a major force here, we've kept building great games ever since, so this is where the talent comes."

As with so many of its local competitors, Supercell has embraced Helsinki's game development scene and reaped the benefits, rather than becoming secretive and nervous about all of the nearby competition.

Like any good family, Ilkka and his colleagues like to spend a lot of time in the pub. After all, pubs are where all of the world's biggest problems are usually solved. 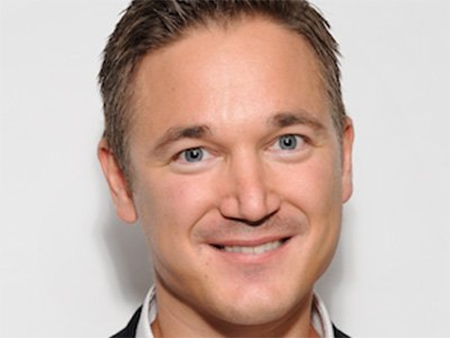 "We all feel part of the same small family here," he told us.

"We have a custom where we all gather monthly at a local pub to talk about the industry and share thoughts, but also just to have fun and get to know each other better. It started with a very small group of people, but these days we meet at a pub that's pretty big to make sure we can fit everyone.

"As a community, we all try to work together to make this region an even better place for game developers. We work closely with government; we try to attract investments from abroad and so on.

"In fact, I can't think of any challenges that would arise from being close to others. If there's any challenge, it's that we are all going after the same pool of talent, and we could always use more!"

One of Supercell's biggest strengths is that the company chose very early on to focus on designing games for tablets.

The company's website features a striking quote about game development: "The best games on any platform are those designed specifically for that platform."

With this in mind, perhaps Supercell might one day expand with new development teams creating specialised titles for phones, handheld consoles or other platforms.

Ilkka, however, believes that tablets are the "ultimate games platform" and sees no need to branch out and spread Supercell's increasing resources.

"We just don't see going multiplatform as part of our future," admits Ilkka.

"We believe that mobile, and tablets in particular, are the future of games. It really is the ultimate games platform. This is our passion and what we want to focus on. Since we moved into a tablet-first strategy we haven't looked back. The quality of tablet games is only going to get better and better.

"To stay competitive, we believe we need to focus only on the single platform. Our games are handcrafted for the tablet. We won't make compromises for other platforms."

Massive entertainment brands, such as The Simpsons and Jurassic Park, have adopted very similar free-to-play strategy games for their appearances phones and tablets.

Ilkka feels that the genre is simply a natural fit for these devices.

"I believe there are a number of reasons tablets lend themselves very well to simulation/ management games. The size of the screen, and the fact that it's a touch screen, make the tablet perfect for the user interface of a simulation/management game.

"Plus, these genres of game tend to have very wide appeal, as does the tablet. That's one of the reasons we believe the tablet is the first truly mass market games platform."

Competition on the doorstep

However, though Supercell's rise may put people in mind of Rovio, it's worth noting that, when it comes to pure downloads, the Angry Birds studio is well ahead.

Instead, Supercell has made its name by topping the top grossing chart. Clash of Clans has received far less downloads than Angry Birds, but Supercell is capable of receiving far more revenue per customer than Rovio – a company Ilkka has great respect for.

"Rovio is the best thing that's ever happened to the Finnish games industry and the entire startup scene here overall," he told us.

"Those guys have raised the bar for the rest of us in terms of what's possible and have served as great inspiration."

After receiving great support from the Finnish Government and the network of developers in Helsinki, Supercell has enjoyed a phenomenal rise to lead the free-to-play gold rush on tablets.

The future will surely bring them even more success, but Ilkka and his team will certainly not forget those who helped them to get started.

"Early on, we received a significant amount of support from the government and the community here, which was very important for us. But these days it's the other way round, and we feel it's now time for us to give back."

Come back to PocketGamer.biz tomorrow for part 3 of our Helsinki feature, where we speak to one of the region's most famous studios, RedLynx.


Have you worked in video game development in Helsinki? What was your experience of the area and what do you think the future holds? Is the region diverse enough in its creativity? Let us know what you think in the comments below.
Next Up :
Figure Fantasy adds new figurines, limited in-game rewards and more in "A Certain Scientific Railgun T" collab