INKS, the zen pinball game from the creators of Lumino City, launches for Android today

INKS, from Bafta Award Winning Studio State of Play, has officially launched onto Google Play, having previously released for iOS. This gem takes what you know about pinball and makes it artistic, colourful, and borderline zen. With beautiful visuals, engaging pinball-based gameplay, and a large variety of stages to make your own canvas, there’s a lot on offer here that is rarely seen within pinball mobile games.

Pinball is the last genre of game you would expect to get the zen treatment, as anyone who’s taken part in actual physical versions of the pastime can tell you that most of them are loud, flashy, and full of confusing labels and numbers every which way. INKS seeks to take that concept and reverse it to the other end of the spectrum, giving pinball fans a relaxing version of their favourite classic hobby.

INKS is, first and foremost, simply gorgeous. As you launch your ball up and down the various stages, streaks of vibrant colours will follow, mixing with the colours already present on the stage. This causes the level to become somewhat of a collage of clashing colours over a grey and white background, making it all feel like you’re a true painter on a canvas. 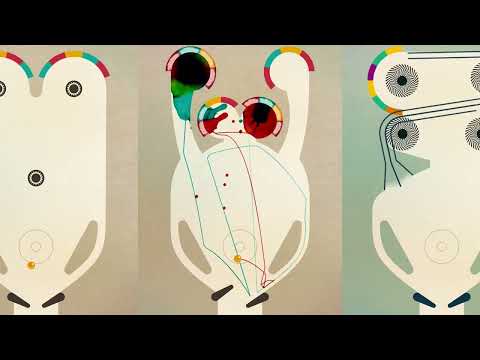 In terms of gameplay, there’s not anything too crazy here. It’s pinball through and through and will involve you using the bumpers on the bottom of each stage to bounce your ball into different goals spread about that canvas of yours. The real selling point here is absolutely the visuals and the colours that will splash about as you attempt to do so.

While the visuals are killer, the soundtrack is nothing to scoff at either. Landing somewhere between Monument Valley and Fez, your ears will be blessed with the same amount of zen relaxation that the art style seems to want to ease you into by itself. All of this ends up tying together in a pretty darn cool-looking little pinball title and offers up a unique way of enjoying the game if you’re looking to get away from all those flashy tables and loud noises.

If you’d like to check out INKS yourself, you can do so by taking a look at the links below where you can purchase it for $2.99!

Can't get enough of that retro pinball magic? Check out our Top 5 best pinball games for iOS!
Next Up :
Fantasy Town launches Oktoberfest celebrations with new themed goodies and more

INKS - Unleash your inner Pollock with this colourful pinball game

The fantastic looking INKS, a pinball game by the creators of Lumino City, is coming out on May 5th