Earlier in the week, Chair Entertainment hijacked Apple's iPhone 5S announcement to unveil Infinity Blade III, the final entry in this hack 'n 'slash series, and a hotly anticipated game for anyone who loved the first pair of fighters.

We've had our hands all over it. Here's what we thought.

The combat will probably feel quite familiar to anyone who's played Infinity Blade - or one of its many, many rip-offs - before. You use taps and swipes to carefully dodge, parry, and block incoming attacks until you get a window of opportunity.

Then, you slash the enemy to pieces through a flurry of touchscreen swipes. You can also execute combos, perform a little magic (fire spells, rather than card tricks), and unleash super-attacks. 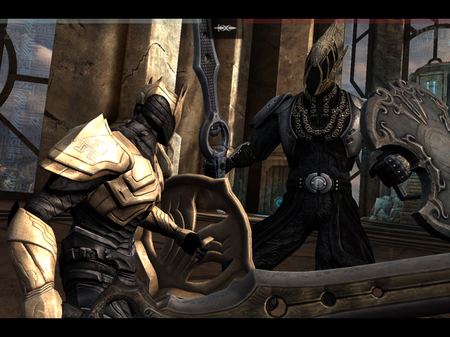 Sure, it's a little long in the tooth now. But these scrappy duels are still a tense thrill to be a part of. You'll be on the edge of your seat in some of the harder battles. Especially when you know that if you fail, you'll be sent right back to the very start of the chapter.

Well, for boss fights, anyway. With normal enemies, you see, you can retry when you die (which goes against the whole Infinity Blade ethos, if you ask me).

And Infinity Blade III's not a complete rehash, either. For one, there are new enemy types to fight, including a pesky dragon who will either immediately incinerate you with a fiery belch or scamper off before you can land the final blow. There are some fresh play styles, too - playable heroine Isa fights with assassin knives and a jolly great spear.

You've still got an enormous shop filled with weapons, armour, and items to work through. And you can put stat-boosting gems into certain bits of equipment, just like before. But Infinity Blade III has more RPG-like elements than any previous game in the series, enabling you to upgrade stats and unlock special skills. 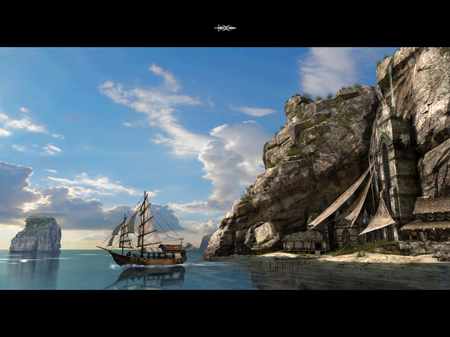 The game has a bit more of a typical structure now. There's a world map, from where you can choose which mission to take on. Eventually, you'll be able to use the map to play trials (which are solo tests of skill to unlock goodies), ClashMobs (where you work alongside thousands of other players), and tournaments (where you compete to post the best score).

You can view that map from the hideout, which acts as a hub area from where you can interact with a handful of different characters. Here, you'll meet people like the merchant who sells special items. And you'll bump into the potion maker who will turn found ingredients into yummy drinks that boost your stats.

In Infinity Blade III, Chair lays on the story thick and heavy. There are long convoluted cutscenes with loads of references and characters that mean nothing to me (and I finished both Infinity Blade and its sequel).

The lead character is voiced by ubiquitous voice actor chappy Troy Baker - think Joel in The Last of Us or Booker in BioShock Infinite. There's also a whole cast of deathless sword-wielding knights who like to yabber on about swords, workers, titans, and vaults. 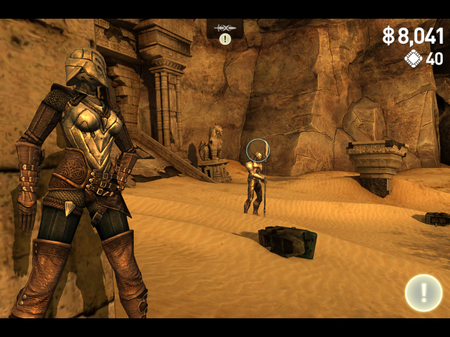 From what I've played of Infinity Blade III, it's definitely going to prove a worthy ending to the series. It's simply bigger than its predecessors; polished to a fine sheen; and filled with content and story.

But I also can't help but wish that Chair had tried something a little different for this Sirus swan song. Something to win over those who have disregarded the series since the first Infinity Blade.

We'll happily keep playing, though. Look out for a full review of Infinity Blade III after it hits the App Store on September 18th.

See it in action below. 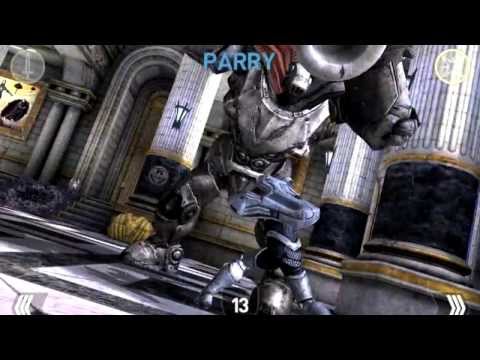 Subscribe to Pocket Gamer on
Next Up :
The best new mobile game of the week: Rocket League Sideswipe - 3 December 2021