Ideas and staplers to blame

According to AllThingsD, Epic Games has had to delay the launch of its upcoming dungeon-crawler until 2013. As it turns out, setting up a brand-new studio and reinventing your flagship iOS franchise are rather time-consuming processes.

Epic Games spokesperson Wes Phillips had this to say:

"Ever since the talented team at Impossible Studios got their hands on Infinity Blade Dungeons, they've been busy adding their great ideas to the game."

"There was also the matter of getting the Impossible Studios team up and running with desks, chairs, staplers, and computers. The logistics of a new studio and implementing all those great ideas required a little extra time, so Infinity Blade Dungeons will hit iOS in 2013." 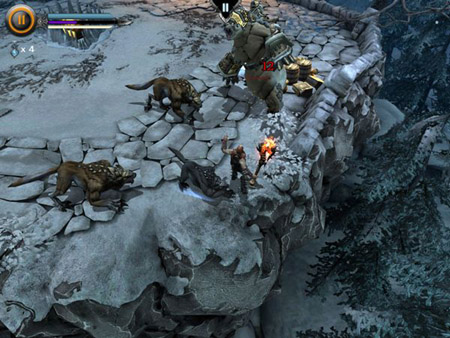 We went hands-on with Impossible Studios's debut project back in June, and were excited by the blending of reaction-testing mini-games with more 'serious' Diablo-style RPG mechanics in Infinity Blade Dungeons.

We know the Impossible Studios team has pedigree (the staff roster is peppered with Gears of War veterans), so we're happy to wait a few extra months if it means we get to play a better game at the end of it.

In the meantime, why not take another look at the announcement trailer below. It'll put some fire in your forge.

E3 2012: Hands on with Infinity Blade Dungeons for iOS