"Incoboto is coming out [on] iPhone soon," the studio wrote, on its blog. It will be a separate game, tweaked for iPhone and iPod touch, and with a smaller price tag to boot.

"The joystick-style controls have also been utterly revamped to make for a smoother playing experience," the developer says, "and levels have been tweaked so it runs at a reasonable pace even on older 3G iPhones." 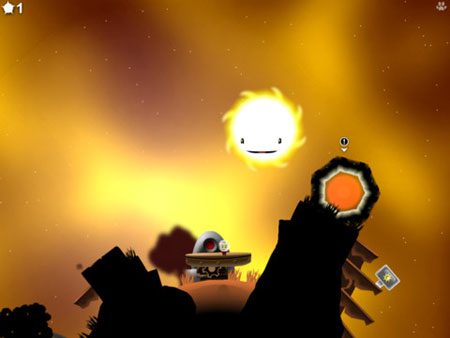 If you never played it on iPad, the game stars a small boy called Inco who explores a puzzle-filled galaxy in a quest to turn all the suns back on. He's got a strange pal called Helios as a sidekick.

We liked it a lot. In our Gold Award review we called it "a beautifully designed, relentlessly inventive space oddity with genuine heart". The reviews on QI say much the same.

The miniaturised edition of Incoboto should be out very soon. Fluttermind expects it to be on the App Store "hopefully before the holidays". We'll let you know.

Dene Carter on the struggle to make Incoboto

Incoboto iPhone port not ruled out