There are a lot of roguelikes on mobile. They run the gamut, from deeply strategic experiences to action-filled hack and slashers that generate new levels every time you play. What I'm saying is that you need to do something special if you want to get noticed with a new take on the genre. Luckily, that's what Immortal Rogue has done.

It's a game that you can play with a single hand, but it doesn't skimp on the action either. It's fast and frantic when it needs to be, but behind the scenes you're learning what toughens up your character, and exploring the mechanics that make up the experience.

It's tough, it looks lovely, and it isn't afraid to throw challenges at you that you're only just good enough to complete. But it manages to do it in a way that all but guarantees you're going to be jumping back in when you come to an untimely end.

Beginning in an ending

Not that those endings are ever terminal. You're playing a vampire, so when you're cut down you just need to go to sleep for a hundred years in order to regain your strength. The game rates you on how many years you manage to stay active without having to take an extended dirt nap.

You control your vampire with swipes and taps. Swipe to move, tap to unleash your light attack, and press to use your heavy, which takes some time to charge up between thwacks. Every time you finish a level you'll unlock a new perk - these only last for as long as your run though.

There are missions that give you different choices as well. When you're fighting a mini-boss you get to choose whether to kill them or turn them to your cause. You'll then spend the blood you collect unlocking the new characters that give you boosts when you start a new playthrough. 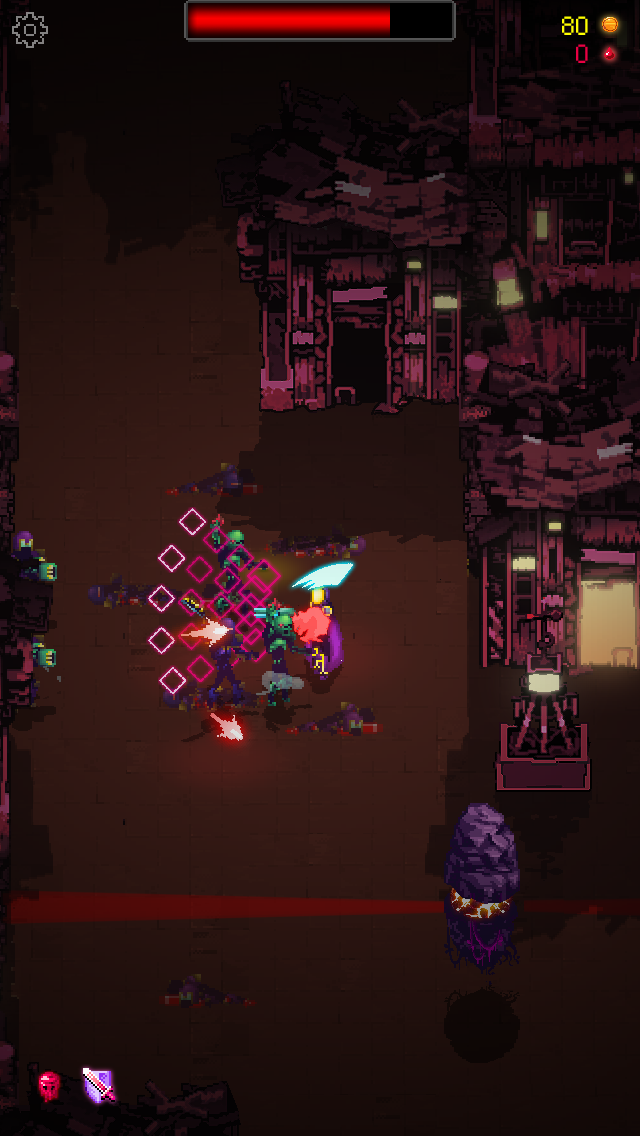 There are parts of the game that are fixed, like massive boss fights that push the story along. In the end you need to fight Dracula, but there's a lot of lieutenants to take down along the way. The levels you'll face between those big fights are ever changing though, giving you different enemies to try and take down.

Those bad guys are all distinct enough that from a glance you know what they can do. Ranged enemies do huge damage, but they're squishy when you get up close. There are tank units and shotgun-wielding beasts, and figuring out the best strategy to take them down is the key to success.

The levels are short enough that they don't get too repetitive, and since you're unlocking new specials and weapons as you play, there's often something new for you to get to grips with. They're also perfectly sized for mobile play - you can bash through a few of them in a short bus journey.

Immortal Rogue is one of those titles that snuck up on us, but we're super glad that it did. Not only is it a brilliant game, it's a brilliant game that wouldn't work as well on a different platform. This is a mobile game through and through, and it's all the better for it.

When a game like this comes along, it feels like it's our role to tell as many people as possible that they should play it. So, gather round and listen to my words - you should definitely play Immortal Rogue as soon as you get a chance.

Immortal Rogue is fantastic - it's got some problems, for sure, but you should still pick it up at your earliest convenience
Next Up :
Hundred Days review - "A success for the management genre"