Cobra Mobile has just released the latest instalment in its extremely popular iBomber Defense series of tower defence titles for the iPhone, iPad, Mac, and PC.

iBomber Defense Pacific, as you've probably guessed, sees you wage war against an all-new enemy on the Pacific Rim.

Your mission, then, is to come up with a winning strategy, uncover hidden enemy targets, defend your base from incoming attacks, and blow your foes to smithereens.

As you fight, you'll have to repair your units before they're fully destroyed, and keep your eyes peeled for pesky sneak attacks from your opponents.

According to its developer, iBomber Defense Pacific aims to take the tower defence genre to a "whole new level and make you feel like you're right there and part of the incredible action".

iBomber Defense Pacific is available from the App Store as a Universal app for £1.99 / $2.99. Check out the gameplay vid below before you head off there, though. 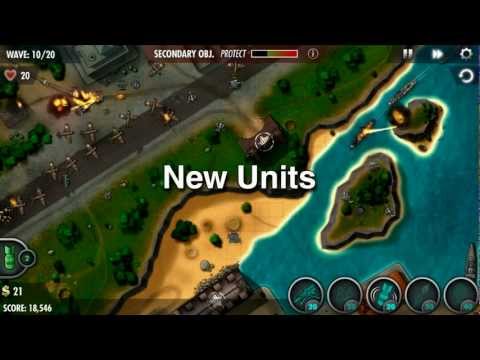 Subscribe to Pocket Gamer on
Next Up :
SumoVolley lets you play volleyball as a sumo wrestler, coming to iOS and Android next year

iBomber moves to the Pacific