Tencent Games and TiMi Studio have dropped a major announcement on Honor of Kings: World, an upcoming open-world RPG that builds on the hit IP. Honor of Kings is already an insanely popular MOBA known in the west as Arena of Valor, and the spin-off promises to be just as epic with its mix of fantasy, fiction, and action-packed combat.

Honor of Kings: World will launch on multiple platforms including iOS and Android devices. While there's no official release date just yet, we do have this juicy little trailer to obsess over for now. From the teaser footage, it seems our main protagonists will be fighting off larger-than-life monsters in a very Genshin Impact-esque manner, with real-time combat and lots of heart-stopping action.

A brief intro on a certain entrance examination segues into some adrenaline-pumping gameplay footage, complete with stunning environments and some impressive combo work. The typical melee fighter is pounding on the fire-based creature while a ranged party mate deals damage from afar. We get a few more glimpses of combat and even a breathtaking ride atop a flying whale towards the end. 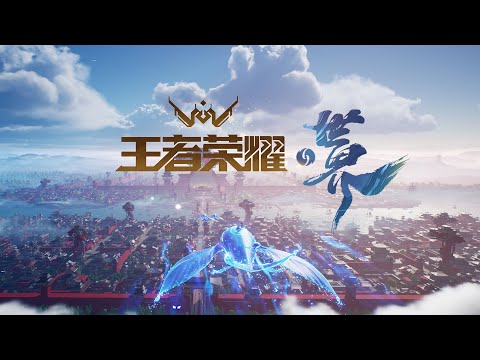 It does look absolutely stunning (go ahead and have a look at the embedded clip for yourself), so here's hoping the narrative will be just as riveting. Tencent Games is teaming up with popular writer Liu Cixin (of The Three-Body Problem and Wandering Earth fame) to develop the storyline of the game.

Further details on Honor of Kings: World are sparse at the moment, but for now, you can have your fill of more open-world titles in our list of the top 15 best open world games for Android phones and tablets. You can also download Honor of Kings (known as Arena of Valor internationally) on the iOS App Store or on the Google Play Store for Android devices. It's a free-to-play game with in-app purchases.

Next Up :
PUBG Mobile is seemingly teaming up with League of Legends for an epic crossover event