Grab yourself two new outfits for Mr Blut and Scarlet

Haegin's popular baseball game Homerun Clash has received a major update that adds a new stadium to the sport's title alongside new outfits, skills and legendary items. The update is now live for both the iOS and Android versions of the game.

The new baseball venue is called the Polar Stadium, which as the name implies draws its inspiration from snow-capped mountain peaks and glaciers. All the things you associate with the colder weather essentially. It will provide a new home for higher level players to hone their craft. 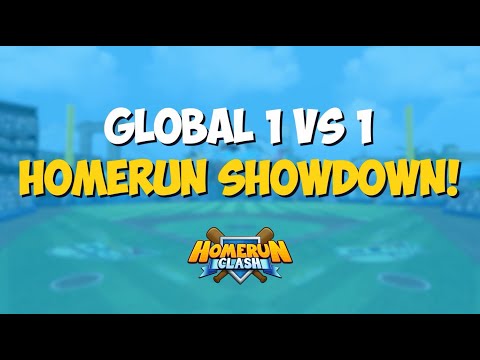 Alongside this chilly stadium, two additional skills have been introduced to Homerun Clash to mix up the gameplay a tad. The first is called 'Rock Hurl' and when this ability is activated the ball will be swapped out a for a big old boulder, which is difficult to counter, given the mass of the object that's hurtling towards the batter.

The second skill players will now have at their disposal is called 'Stun'. This renders the batter unconscious for a few seconds, meaning they won't be able to swing for the ball. The player won't be entirely helpless however if they rapidly hit the 'Tap!' buttons that appear on screen they'll be able to recover from the knockdown a touch faster.

Elsewhere, there will be some new gear to adorn your players with. The Snow Beast and Snow Crystal which are a hat and glasses respectively are the two new pieces of Legendary Gear, bringing the total in the game as a whole up to 3. Finally, there are a couple of new skins available for Mr Blut and Scarlet. The former has received a Tiger-themed wrestling outfit whilst Scarlet can now dress up as a Witch.

Homerun Clash is available now over on the App Store and Google Play. It's a free-to-play game with in-app purchase.

Looking for other sports titles? Here are 25 of the best available for iOS
Next Up :
Global Exclusive - Text Express: Word Adventure is a crossword game with a narrative twist, coming to mobile on September 1st