We'll get to play as the rainbow-snake thing known as The Long Mover and slither across colourful, musical environments.

Exploration is the goal here. You can pick up passengers and take them for a ride, sure. You can also uncover secrets by interacting in nuanced ways with the environment.

But there's no explicit goal other than the one you set for yourself. I've already decided mine: to discover the joy of a playful expanse and being a kite-like snake.

Hohokum will be available on the PlayStation Store on August 12th in America, and August 13th for Europe. 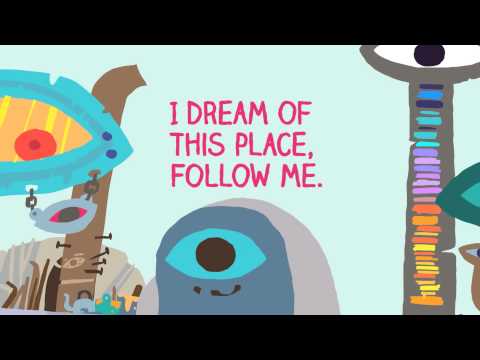 Hohokum isn't the only game coming to Vita this week. There are a few others that may interest you if Hohokum doesn't. The US PlayStation Blog lists them, but below there's a quick round-up.
The extra-neon arcade shooter remake Gravity Crash Ultra will fly in on Vita at a smooth 60 frames per second this week.

There's also the PS3 RPG Disgaea 4: A Promise Revisited that has been revamped for Vita. It has new spells and a new story scenario. It also comes with all the DLC from the PS3 version.

The free to play, cute and cuddly, creature breeding mobile game My Singing Monsters also makes the jump across to Vita this week.

Satirical Japanese brawler Akiba's Trip: Undead and Undressed will have us slaughtering countless vampires against the background of high streets and shops.

The Fun Fair is back in town!

Take a musical trip around the eclectic Guano Factory with Hohokum