So long, and thanks for all the fish

Mad About Pandas' Hitchhiker is all about a series of journeys presented as a passage through America. You, controlling a nameless protagonist, travel with seemingly mundane people during your time on the road — but all is not what it seems.

Apple Arcade was announced last month with a promise of over 100 games launching with the subscription service. Among the list was Hitchhiker, a name I've ran into in the past: The first chapter released on PC early last year as a prototype via Humble Bundle.

The first ride is with a sleepy-voiced raisin farmer. Much like hitchhiking in real life, you become a captive conversationalist — anything which crosses the mind of the driver, and passes their lips, you have to chat along with as common courtesy. However, the driver knows things about the main character. More than you, the player, knows. It's more than enough to ruffle, and it gives the whole Hitchhiker experience an uncanny twist. 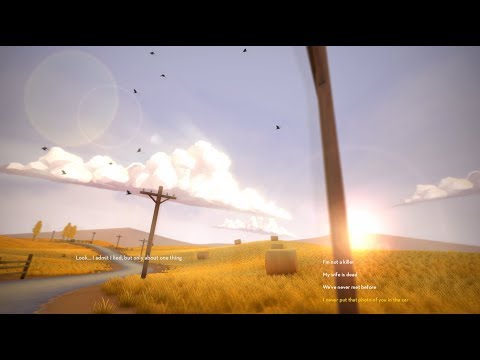 The world around the car loops, jars, judders. The conversation gets too personal and precise. But, a hitchhiker is trapped there at the whim of the person kindly enough to stop and give them a ride.

It's all very surreal. I spent a lot of the hour long ride waiting for the horizon to peel up and horns to erupt from the driver's head, the drive being some sort of limbo or test for an afterlife. I won't get into what actually happens in order for you to approach the end of the first ride, but just know that the uncanny narrative is one to look forward to if you enjoy eerie experiences.

Each section of the game is with a different driver, with each journey wrapping up once certain topics and points have been reached. We don't know how many drivers there will be in the final version. However Apple Arcade is said to launch in Fall, so we'll definitely know soon.

Click here to read more about upcoming games
Next Up :
Pokemon Go is releasing an exclusive Timed Research through its Pokemon World Championships 2022 Twitch broadcast