Heading for iOS and Android this week

High Rise - A Puzzle Cityscape is an upcoming match-three merge game from smpl Games. It aims to be a 3D spin on the established match-three formula and will also add in some merge mechanics too. It's heading for both iOS and Android on 16th May.

It's a deliberately straightforward game. You'll combine cubes of the same colour and once you've matched enough of them they'll morph from their former cube-like state into a more detailed looking building. You can see how it works in the videos below. 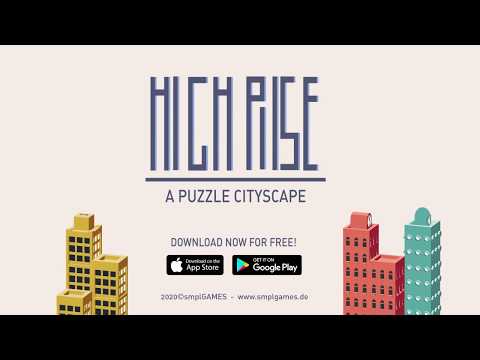 It also plays out in 3D, unlike many other match-three games that are currently available. This means that you'll have to move the camera around your mini city on occasion to get a better look at the colours you can match up. It certainly looks very stylish.

Blocks of the same colour and height will merge together and grow. However, a block must be touching the same number of blocks it is high to grow further. For instance, if you have a yellow tower that's 3 blocks high it must be touching 3 other yellow cubes. These are the basics too, you can expect them the game to become more complex as you progress further with your building. 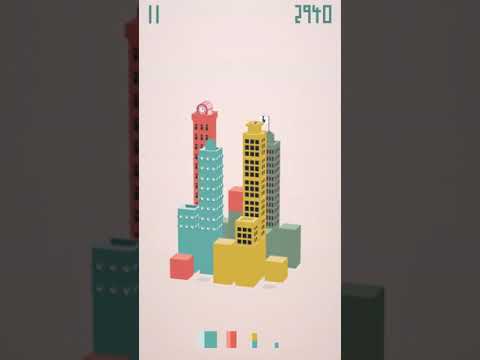 It's intended to be a fairly relaxing experience, as you can hear through the ambient style they've adopted with High Rise's soundtrack. I can definitely see there being a good mixture of satisfaction and Zen with watching your miniature cities going from having a few blocks to several skyscrapers.

High Rise will be available on the App Store and Google Play on Saturday 16th May. It will be a free-to-play game with a single $1 in-app purchase that will remove ads.

Looking for other great match-3 games? Here are 10 of the best available right now for iPhone and iPad
Next Up :
Omega Strikers, Odyssey Itneractive's debut game, will release in late April this year

IDEA, the award-winning physics-based puzzler, is finally coming to Android and iOS in March