Hero Siege is a rather gory hack 'n' slasher in which you head out into the battle fields of Tarethiel to obliterate the army of demons that Hell has coughed up.

You pick a class, grab your axe, bow, gun or magic powers, and then head out to find secrets, craft helpful items, and hunt down as many enemies as possible.

Taking influence from roguelikes, Hero Siege will restart your playthrough from the beginning when you die. Randomly generated dungeons will ensure that nothing is ever quite the same each time, too.

If you're up for a massacre, Hero Siege will be available for you to purchase on iOS and Android on December 18th. 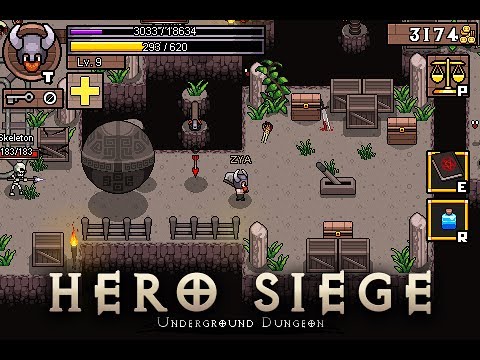 Subscribe to Pocket Gamer on
Next Up :
RPG Dice: Heroes of Whitestone, a tabletop-inspired character battling RPG, is now available on Android and iOS