Hellraid: The Escape is set to ensnare you in its magic prison on iOS on July 10th

Techland and Shortbreak Studios has announced that Hellraid: The Escape will be available for iOS on July 10th.

If you weren't aware, The Escape is a teaser prologue to Techland's PC and console action-RPG Hellraid. It tasks you with escaping a magic prison using only your wit and cunning.

It was delayed last month in order to "push the boundaries of quality gaming on mobile devices even further."

Hopefully, the delay has been worth the wait. You see, we went hands-on with The Escape in May and weren't all that impressed with it. It was too dark, too simple, and way too familiar.
We wanted to see "sizable changes" to the game before it was released. So here's to hoping that's what this delay has been for. 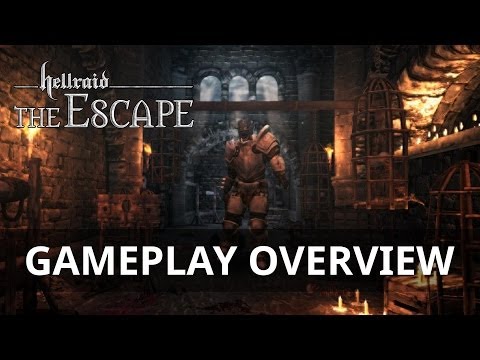 More than likely the extra time was spent on polishing up the game's visuals, though. Techland has been keen to emphasise The Escape's "PC and console quality" graphics.

It's due to these visuals that the game will only be compatible with iPad 2, iPhone 4S, iPod Touch 5th Generation, and any devices newer than those.

Techland states that there are no IAPs in the game but there will be free updates in time.

Pay what you want for Hellraid, Worms 3, Twisty Hollow, and more

Hellraid: The Escape has dragged its blood splattered, puzzle-solving carcass onto Android

Try to escape this trailer for the Android version