Trying to explain the phenomenon and appeal of Vocaloid music is a decidedly complicated prospect, but here goes.

Poster girl Hatsune Miku and her fellow characters (Vocaloids) are synthetic pop stars who 'exist' only as computer programs created from the voices of living singers and performers.

They don't make music on their own, but instead rely on a growing circle of talented producers to make music for - and from - them.

Explaining the appeal of Hatsune Miku: Project Diva f is a much simpler task - it's a bright and highly polished rhythm game that truly shows what the Vita is capable of.

The reappearance of Hatsune Miku

In Project Diva f, you're given a wide variety of Vocaloid songs to play through - from the smooth and unhurried 'Megane (Glasses)' to the fast and frantic 'World's End Dance Hall' - but all songs are united by the same, familiar rhythm game mechanics.

Shapes corresponding to each of the Vita's four buttons zoom across the screen and you need to press the correct buttons when the shapes overlap in time with the music.

You can also use the corresponding directional buttons (down for X, up for Triangle, etc.) if you prefer left-handed play - although there are prompts which require you to hit both the directional and its counterpart right-side button simultaneously.

Finally, there are scratch notes - shaped like stars - which require you to swipe quickly on the front or back with your finger to earn points for them. 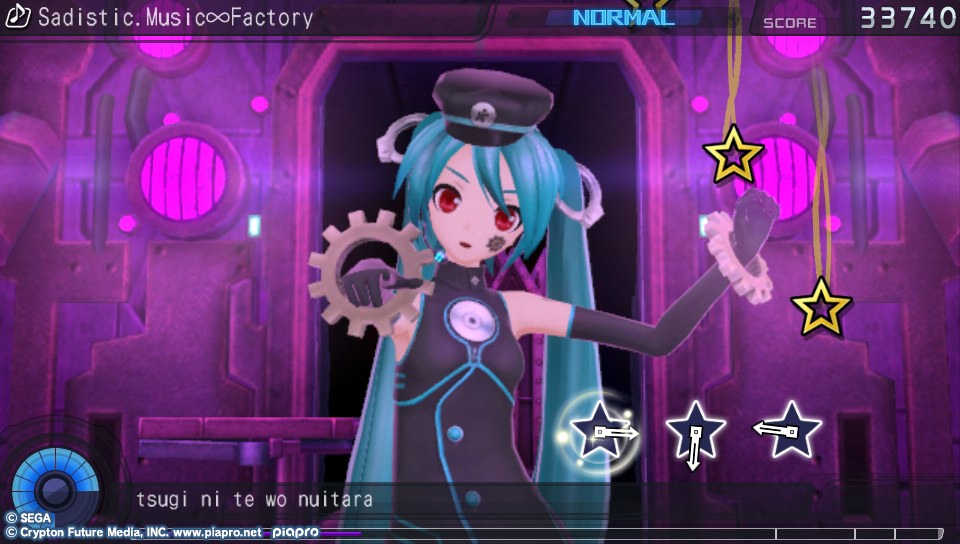 Yes, the score's low... but you try taking screen shots of Sadistic.Music Factory

If Project Diva f sounds like just another rhythm game, you'll be in for a welcome surprise, not to mention a considerable challenge, as soon as you start playing - and that's not just because there are no skips, slowdowns, or noticeable drops in frame rate.

Project Diva f isn't a simple, static rhythm game like Guitar Hero, Rock Band, or even Theatrhythm, where notes stream in on flat, fixed areas. Instead, its notes fly in from every edge of the screen and often hide in the action of the gorgeously rendered background videos.

The experience and challenge this creates is unlike any other rhythm game on the market, although it might scare some players off with its initial difficulty.

Those who stick with Project Diva f and develop their peripheral vision to superhuman levels will find a lot to like here.

With 32 stock songs available and five different Vocaloids to play as, it contains plenty of variety. Additionally, the consumable Rhythm Game Items help add even more layers for players to dig into.

Bought with Diva Points that you earn as you play, these items are split between boosts (Help Items) and handicaps (Challenge Items) that make songs easier or more difficult as you'd like. 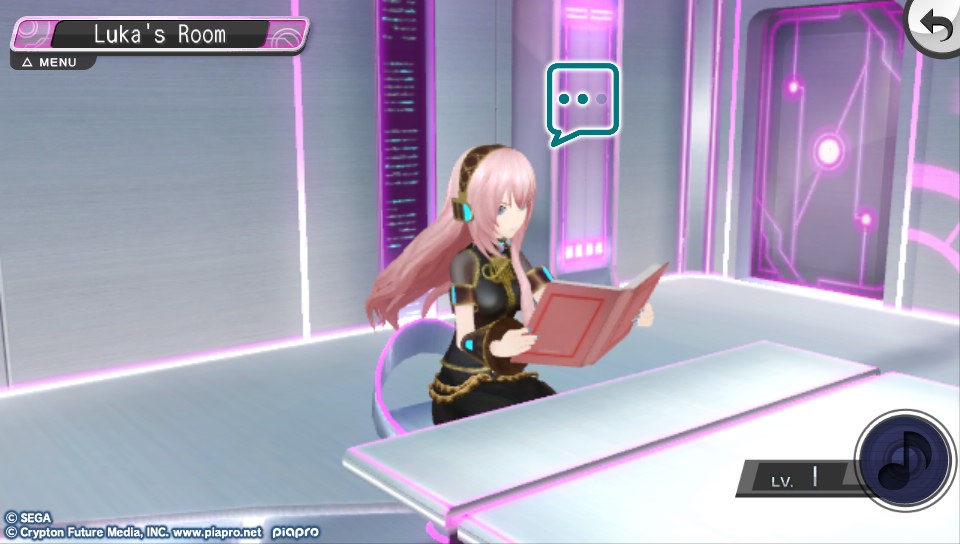 Megurine Luka: too cool for Kindles

If you need a break from Project Diva f's rhythm-based gameplay, there are a host of fun other features included in the Vita version, such as AR photography, Edit Play, and - of course - the hugely popular Diva Room feature.

As with the PS3 version, Diva Room lets you hang out with your favourite Vocaloids in rooms that you can decorate and lay out to your tastes. You can even give them gifts and bond with them.

I confess that I never dove too deeply into this aspect of either Project Diva f or the PS3's Project Diva, but it's nice to see it included all the same.

On the topic of the PlayStation 3 version, fans will be happy to read the difficulty and load times for the Vita version are almost identical to the console version in a side-by-side test.

The load times are a bit long to start with, but Project Diva f works on a similar 'cache' system that lets you restart a song almost instantly.

Compared with the patience-testing load times of games like Gravity Rush, this is a very welcome feature that keeps the gameplay moving along at a crisp pace.

The world is hers

While the Vocaloid music and characters at the core of Project Diva f might not be to everyone's taste, there's no dancing around the fact that it's easily the most fleshed-out, well-produced, and challenging game currently available for Sony's mighty handheld.

It's also one of the single greatest endorsements for the Vita's OLED screen to date. 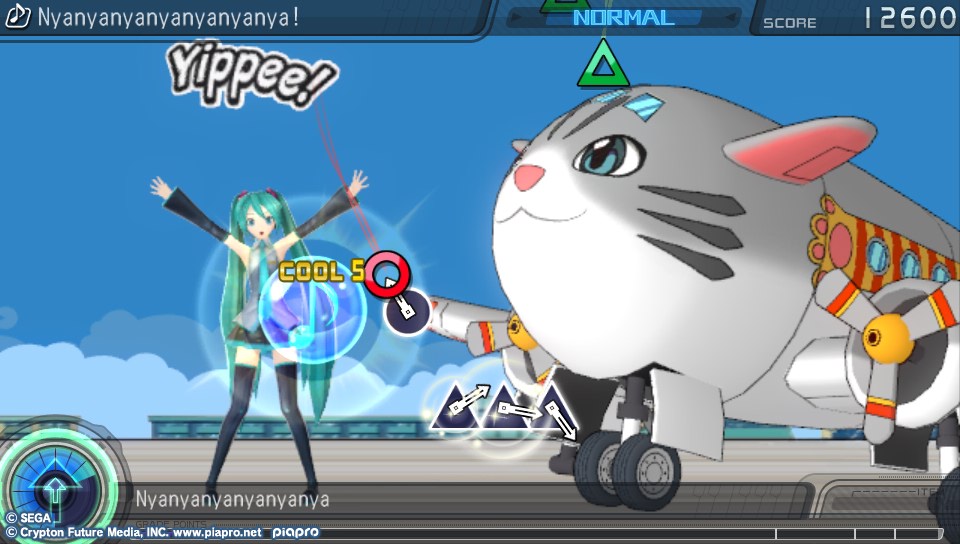 It's only a 5-note combo, but I appreciated the enthusiasm all the same

Slap on a pair of headphones or earbuds and you'll be so immersed with the music that won't have any difficulty justifying the cost of this game ($29.99), even if you already shelled out for the PS3 version earlier this summer.

If you've never dabbled in Vocaloid before, it might take you a few songs to get up to speed, but once you find your groove you'll be singing along with Miku, Luka, Rin, Len, Meiko, and Kaito in no time at all.

Just be sure to take a break every so often - your eyes and sensory neurons will thank you.