Including an opportunity to give your friends many gifts

As they often do at the start of the month, Niantic has released various details about the events that will take place in Harry Potter: Wizard's Unite throughout December. You won't be too surprised to hear it'll be all Christmas and snow-themed.

This month's event that's broken up into multiple parts is called the Christmas Calamity Brilliant event and it's centred around revisiting memories from Yule Ball's past. In the first of this two-parter, which runs from 3rd-10th December, you'll revisit memories involving two couples – Hermione and Viktor and Hagrid and Madame Maxine. 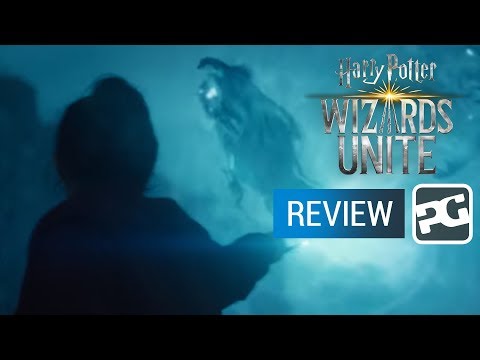 The second part of that event will start on 17th December and will be available until Christmas Eve. This time around you'll get memories from Ron Weasley and his pals including stories involving Parvati and Harry as well as Fred Weasley and Angelina Johnson.

In between the two parts, there'll be a community day that will take place on December 14th. This event will feature Hagrid and will see you giving him a hand looking after various magical creatures. There will be several Foundables that you'll have to return that will be listed in the Hagrid's Hut Registry Page.

Finally, there will also be a 12 Tasks of Christmas event that will give players a chance to earn themselves and their friend's several bonuses. There will be 12 different tasks, unsurprisingly, spread throughout December that you'll earn different rewards for completing.

There will also be Special Gift Boxes you can in Greenhouses, Inns and Fortresses that you can also give to your friends as well to spread some Christmas cheer. Those dates will be announced on the official Twitter, so give that a follow if you want to stay up-to-date.

Check out our news section to discover the latest, and greatest, games.
Next Up :
TerraGenesis: Landfall is the sequel to the hit space sim TerraGenesis: Space Settlers, now open for pre-registration