Anybody familiar with Pokemon GO will immediately recognise the philosophy of Harry Potter: Wizards Unite. Users walk around a location to encounter magical creatures, however instead of throwing a Poké Ball, wizards cast spells by quickly and accurately drawing a shape on their touch screen. If completed successfully then the “Foundable” will be freed from any curse placed upon them, before returning to where it originated from.

Sounds simple, right? Well that's because for the most part it is. But the level of depth Niantic has placed in its licensed follow-up to the 2016 sensation is one that Pokemon never achieved until years after release. 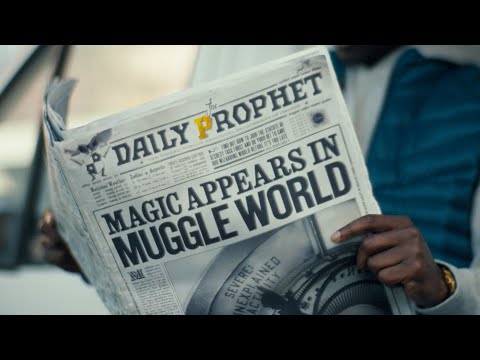 Wizards Unite offers this from the get-go. As someone who has continued to dabble in the mobile world of the Pocket Monsters, this is very appealing. Though for players that were looking for the same simplicity, it can be as off-putting as an earwax flavoured Bertie Bott's Every Flavour Bean. Alas, this factor seems to be abundantly clear with figures from the first opening 24 hours and weekend only matching a sliver of Pokémon Go's launch.

When it comes to the gameplay loop, the main resource required for taking down antagonists is Spell Energy. Instead of recharging over time, this energy is collected from Inns and can be rather sparse. This is where the (hor)crux of the matter comes into play. With so little spell energy received from inns, say anywhere between one to five (if you're lucky), frequent players are left only with the option of purchasing more in order to continue the fight. This is extremely unforgiving for those of us that live in rural locations, making the title basically unplayable unless a trip to Gringotts is planned.

From the first minute, everything is thrown your way courtesy of Statute of Secrecy leader Constance Pickering, relaying the mechanics and narrative. The story of wizards disappearing, magical beings seeping into the Muggle world and the coming of the mysterious 'Calamity' is all very intriguing, but excluding the brief and refreshing uses of voice acting, the adventure is carried out through text.

Apart from the dozen or so times I frustratingly skipped the plot, by accidently leaving my finger on the screen, a lot of the story is left to the imagination. J.K. Rowling made a career from filling our mind with fantastic fantasies, which is why Wizards Unite feels like more of a missed opportunity that never recreates the wonders that the movies and books realised.

Challenges, Mysteries, Events, Potions, Portkeys and Achievements all come packaged in, these propel the gameplay forward, while Professions, Wands, and Hogwarts House (Ravenclaws represent) all contribute to crafting the wizard you wish to become. Simply put: If you're a fan of the Harry Potter mythology, then you'll be like a kid in Honeydukes.

This is, regrettably, a shame because a large part of what makes a game like this survive is a thriving community. The community where I live is, frankly, fictional. Major gathering points in the two Northern locations I visited while playing Wizards Unite were so quiet in comparison that it was near-impossible to spot anyone casting spells from afar - with Pokémon it was very obvious.

For weeks you couldn't turn a corner without seeing bustling trainers or general chatter surrounding the digital creatures - most of my friends weren't even aware the game had launched. That said, adding friends in the game is quite limited. Duelling one another is non-existent (crushing my hopes of recreating Harry vs. Malfoy in the Chamber of Secrets) as well as the there being no ability to send items back and forth.

Fortresses are found spread out across the map (think of these like Gyms), where players can take on dark wizards together in progressively more difficult levels, albeit a friend acceptance is never required. The only things currently available through the friends system are the ability to check a companion's progression. It's expected that Niantic will conjure up more features in the future, but by then, it may be too late to attain an audience.

Collecting Foundables for the registry is by far the most exciting dynamic of the experience. As mentioned in my initial impressions, it resembles filling a panini sticker book. My only gripe is that you can't tell what enemy you're about to encounter on the map, so it's blind guessing.
From a technical standpoint, it's also worth mentioning that the game ran smoothly with no hiccups on anything over an iPhone 7S.

One thing that wonderfully accompanies the adventure is having all of the iconic music from the films present. It goes a long way to helping the 'magic' feel more real, whether that be in AR mode or not…let's be honest it's more likely not.

So far, the enchanting community of Wizards Unite is fictitious. For the game to really shine more needs to be done than duplicating features from its successful older brother. For Potterheads, the amount of love poured into the world is wonderful. Outside of that there's a lack of creativity, with the developers appearing to be resting on their laurels, making for something that is fine but simply not magical.

Wizards Unite takes the skeleton of Pokemon Go and the deep lore of Harry Potter to create something that is not as spellbinding as everyone hoped. We thought this would be magical, unfortunately this is no more than a squib.
Next Up :
Star Discord review - "Needs polish, but it's shaping up to be a true RTS on the go"