Harry Potter: Wizards Unite cheats, tips - How to use Portkeys and Portmanteaus

Harry Potter: Wizards Unite is a darn good take on the GPS AR genre of mobile games that emerged along with Pokémon GO - as you would expect from Niantic - but since it's a new game, there are still a lot of questions to ask. Such as, what are Portkeys and Portmanteaus?

It's a damn good question, and one we're here to answer. Here you'll be given a complete guide to Portkeys, Portmanteaus, how to use them, and what you'll get from it.

Read on for everything you need to know about Portmanteaus and Portkeys in Harry Potter: Wizards Unite.

Once you're done reading our tips, take a look at our Ultimate Guide to Harry Potter: Wizards Unite for more guides, tips, news and much more.

What are Portkeys and Portmanteaus? 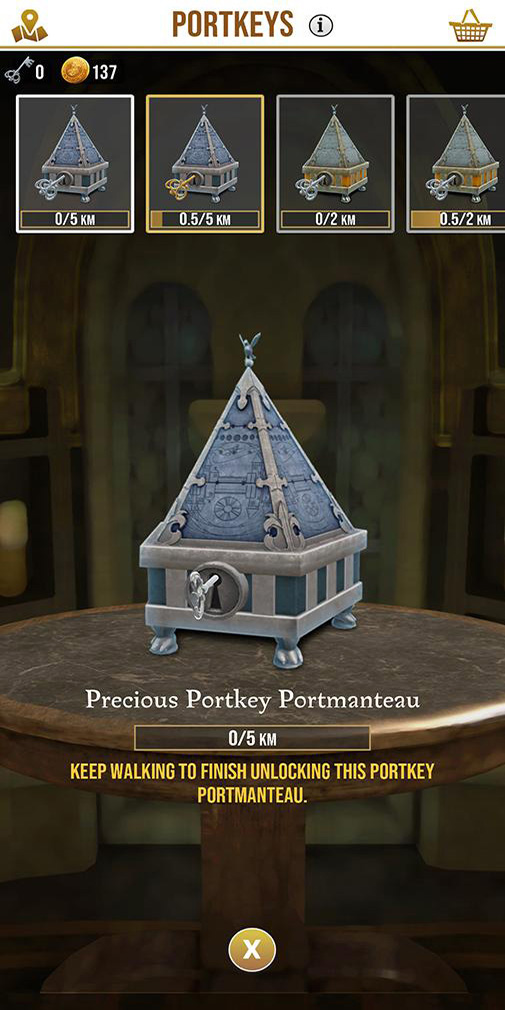 Right, let's get right into it. On your main menu, you'll see your Portkey menu, which is where you'll be accessing your Portkeys and Portmanteaus.

Portmanteaus are the pyramid-like boxes you'll be picking up from the world map. You can carry 9 Portmanteaus, and unlock them all at the same time, if you have enough Portkeys.

Portkeys are the essential item you need to unlock Portmanteaus. You can place a Portkey inside a Portmanteau, and it'll begin an unlock timer.

The unlock timer is tied to distance, very similar to the Eggs in Pokémon GO. So you should make sure to begin the unlock of your Portmanteaus before you start travelling anywhere.

Once you open up a Portmanteau, you'll be whisked away somewhere in AR, and challenged to collect a bunch of magical wisps while moving your phone around an AR room.

Simply sit or stand in place, and move your phone around yourself while tapping the wisps you can see. After, you'll be rewarded with experience, items, and possibly a sticker for your registry.

Portmanteaus will often contain stickers you're less likely to find in your nearby area, so opening them up will make completing the Registry much, much easier.

There are two types of Portkeys for you to use, and you'll only be earning one of them from missions and levelling up.

The Gold Key is unbreakable, and you only have one. You can use this to open one Portmanteau at a time, as many times as you want.

Silver Keys are finite though, and will break once you open a Portmanteau. You can earn more, but as you progress through the game, earning them will become more difficult.

There are several kinds of Portmanteaus. While many of the Portmanteaus you find will be Prized Portkey Portmanteus, there are rarer varieties.

The problem is, the rarer they are, the harder they are to unlock. Rarer Portmanteaus will require you to walk longer distances to unlock them.

In this case, it might be better to use the Gold Key on more common Portmanteaus, so it can be reused regularly.

It's a simple rule, but before you go anywhere, double check your Portmanteaus.

Once too many times in Pokémon GO have I gone for a walk with no Eggs incubating, and it sucks. It's the same principle here.