So when a controller comes along and promises to replace several of the gadgets I have to juggle, I celebrate. I love the idea of condensing everything I need from all of these controllers into a single device - it's almost as good as when respectable cameras started getting included in phones by default. And the GameSir G4 Pro has waded into my life and has promised to replace my Nintendo Switch Pro, Android, PC, and iOS controllers. But can it do everything it wants to? 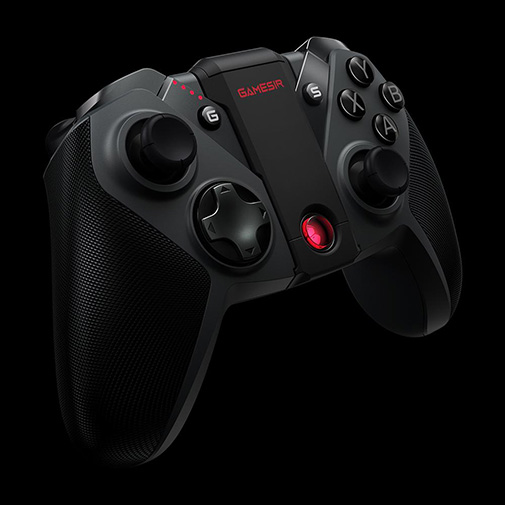 The GameSir G4 Pro is a very traditional controller. Upon first glance, it would be easy to misidentify it as a third-party controller for Nintendo Switch or Xbox - but that's also the point, you would identify it as a console controller first. The layout and the way the controller is shaped is built to be comfortable no matter what the purpose, and it feels good.

The two ergonomic handles sit in your hands comfortably and are coated with a soft, textured rubber. If you've ever held a controller with offset analogue sticks (think Xbox and Switch) then your thumbs will immediately fall into place, and it feels good. The controller has a nice, premium-feeling weight to it, and is genuinely more comfortable than most third-party controllers you'll use for any console. Having said that, the plastics do feel a bit cheap, and the rubber coating for your hands mask that until you pay attention.

Finally, there's a phone bracket mount that flips up from the centre of the controller, which extends to the width of your phone, ready to play Xbox Game Pass, Apple Arcade, or perhaps even emulator titles. The hole in the bracket acts as a convenient place to pry it open with your finger, while it also neatly encloses the LED home button when closed. 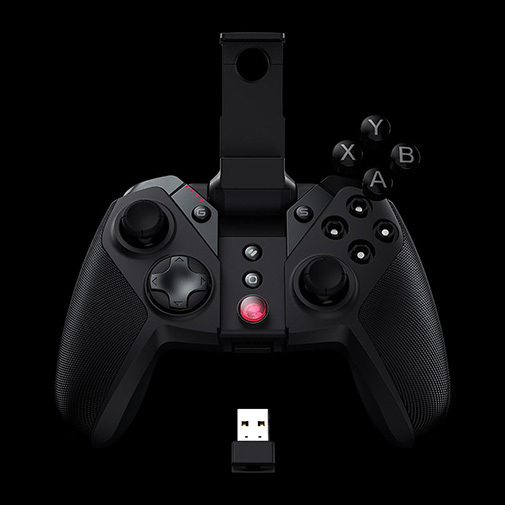 I'll get this one, minor, weird thing out of the way: the home button on my controller is upside down. Inside the clear plastic button, you can see the GameSir logo, and in my controller, it is upside down. Only frustrating once you've actually put the GameSir logo to memory, of course, so maybe just don't look if your controller has this defect. With that out of the way, it is very nice how the logo lights up between four different colours depending on whether you're attempting to connect the controller to PC, Switch, Android, or iOS.

The four face buttons are very cool. They have a satisfying, semi-soft press, and the coolest feature by far is the fact that they are magnetic. You can use your fingernail to pry the buttons up from the left side and swap them around. This doesn't change the button placement in software - very important to note - though it does mean you can easily swap their positions depending on whether you're playing on Xbox Game Pass, or Nintendo Switch.

The analogue sticks are also great, and while I'm not a massive fan of the shoulder and trigger buttons, they do mimic what you would expect from a modern Xbox controller. Two big issues do arise, though. First, the D-pad is mushy and bad. I do not like this D-pad, I do not recommend using it in games. Second, the Share button is located underneath the flip-up phone bracket - meaning you can't easily access it while playing Nintendo Switch unless you leave the bracket propped open while playing. A bit silly. 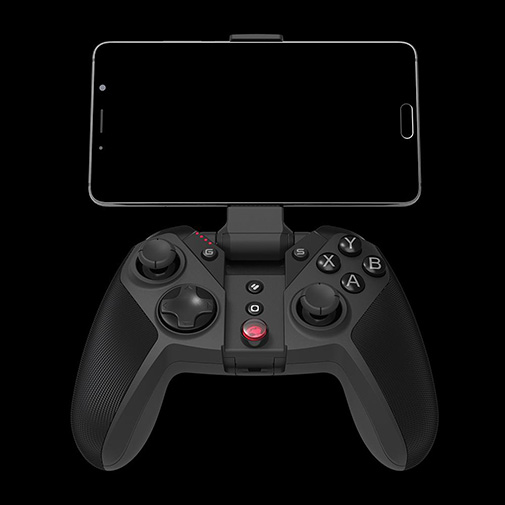 The controller has, printed on the back, the instructions for pairing the controller with each of the compatible devices - you simply hold the Home button in addition to one of the face buttons for two seconds, and the Home button will illuminate with the correct light. On Android, PC, and iOS you connect through Bluetooth, and it really is that simple.

A second issue is regarding amiibo functionality - this controller has none. That's not a problem at all, but when playing Splatoon 2 suddenly the system flashed an error message about not being able to read amiibo, something I had never seen before. From that message onwards, my controller was exhibiting a ridiculous amount of input delay - literally unplayable, as the Twitter gamers would say.

This happened while playing Splatoon 2, a game which does occasionally use amiibo features. In this game, I was also able to test the gyro controls and sensitivity, which work fine, but feel a bit loose and less responsive than an official Nintendo Switch Pro Controller. While playing on a game with no amiibo function, I did not see this message, and the controller worked perfectly as intended. This was all on the latest firmware for the device, and we can hope the controller has additional firmware updates in the future to iron this out, but as of right now, I could recommend this as a secondary Nintendo Switch controller, but not your primary way to play.

This is, broadly, a good controller, both for mobile gaming, and sitting down at your PC or Nintendo Switch. There are a few hiccups along the way, such as Nintendo Switch errors and the mushy D-pad, but if you're going to be playing Xbox Game Pass on Android, the occasional Apple Arcade game, the odd multiplayer title on PC and Nintendo Switch, then this is going to be an excellent supplement to your set-up.

If you want to play a few Xbox Game Pass games on your mobile in addition to your console, or enjoy multiplayer on Nintendo Switch, or play whatever on any of these devices, then this controller is compelling. It's not perfect, but down to the sheer amount of compatibility, you should consider it for your next controller.

The GameSir G4 Pro is not a perfect controller, but it's a compatibility powerhouse. If you want something reliable to play across a range of devices, this is an excellent choice.
Next Up :
Netflix Oxenfree review - "Reading the signals of a thriller story"