Golem Rage, an up-and-coming beat-em-up with good content and humour

When in doubt, smash through 'em

Golem Rage has been going for a little while. Having put a lot of their work up on Toucharcade's forums, we received word from them earlier telling us a little about their game, and boy does it look pretty. 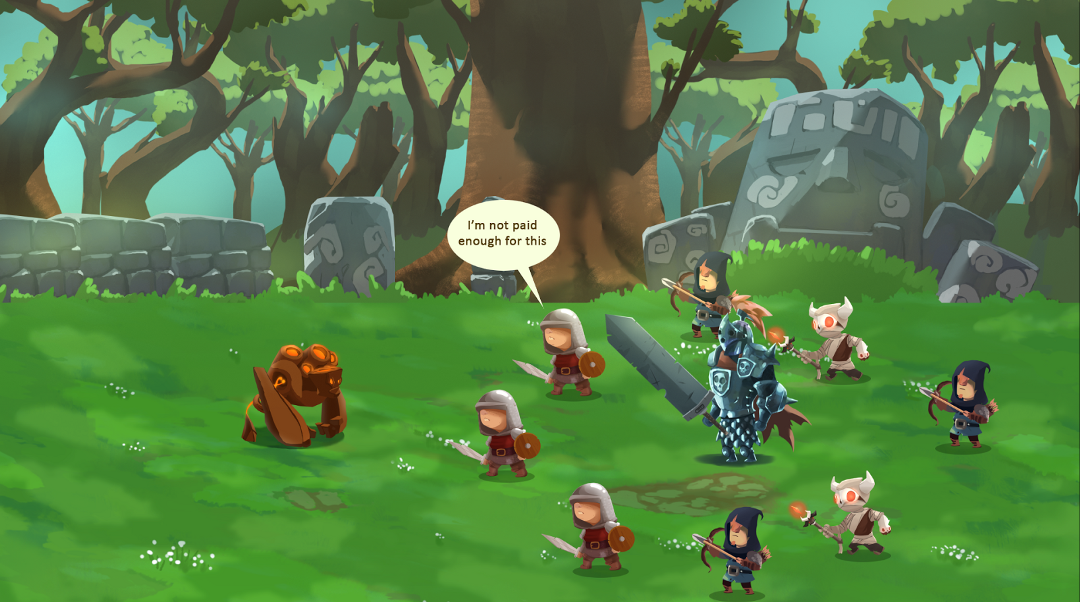 Golem Rage is a fast beat-em-up with racing elements. Essentially you're a great wooden beast with a goal and just have to smash through whatever, or whoever, stands in your way.

With 30-40 so far determined levels each of these are fairly short, but with each one beaten we're introduced to different enemies and an a harder challenge. Your objective is literally just to finish the level and escape - fairly straight forward.

Planning their release around September this year, Golem Rage is so far a premium game but won't be very expensive at all. Until news of its release is more determined, there's a beta running around mid-August so we'll keep you guys updated.

If you'd like to know more about the game visit their Facebook page here and stay tuned.