God of War Collection for Vita available to pre-order in the US for $39.99

But is that too much?

Although Sony hasn't made it 'official' yet, it seems that a God of War Collection is heading to PS Vita in the near future.

The first inkling we got that this would be happening was a recent rating by the ESRB, as spotted by Gamepur.

Confirmation of this God of War Collection, however, pretty much came when we discovered you can pre-order the anthology on GameStop for $39.99.

On the pre-order page for the God of War Collection, you can see that it will consist of remastered editions of God of War and God of War II "on one PS Vita memory stick". Trophies are also included, as you'd expect.

You have to ask yourself this, though: is paying $39.99 just to have those two games on your Vita worth it? 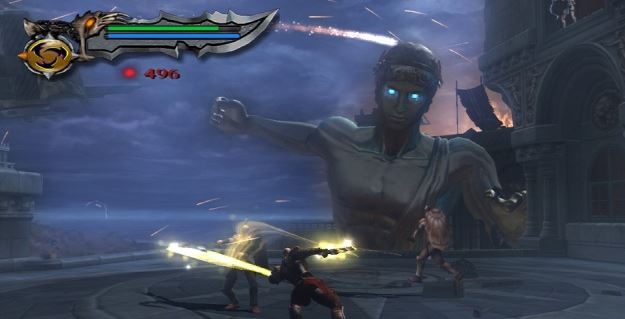 Especially when you consider that you can already buy this exact same God of War Collection for PS3 at a cheaper price and use Remote Play to play it on your Vita.

It may have been worth this new price if this were the God of War Saga Collection, which includes five God of War games. Given it's not, mind, I'm not entirely sure it is a worthwhile purchase.

It's quite likely, mind, that Sony may lower this $39.99 price tag once the God of War Collection has become available on Vita.

We're not entirely sure about when that might be, however. We may find out, though, at the VGX Awards this Saturday.