Goat Simulator becomes a zombie survival game in GoatZ, out on May 7th

The joke's not dead yet

You asked for this, apparently. Coffee Stain Studios has announced GoatZ. Yes, it's Goat Simulator as a zombie survival game.

It's heading to iOS and Android on May 7th and will cost £3.99 / $4.99 as a standalone game. So, no, you won't need the Bronze Award-winning Goat Simulator to play it.

It comes with its own large map, which comes full of flesh-eating zombies, of course. And there's a Survival Mode in which you have to eat every five minutes while fending off the undead horde.

As this is a parody of survival games such as DayZ and Rust, there's a crafting system, too. You use this to craft weapons and a whole bunch of nonsense items. 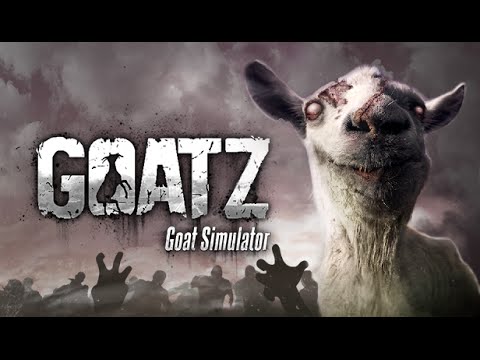 One weapon fires acid that turns zombies into stretchy goop. Another is a bomb disguised as a bag of flour. Then there's the gumball machine you fire as a gun.

Beyond this the game becomes even more ridiculous. As you'll see in the trailer, there are fire-breathing elephants, goat-driven cars, and plenty of physics bugs to exploit.
There are also loads of playable goats to unlock that each have special powers. You'll have to find out what they are for yourself.

If you're after more silliness then you'll want to pick GoatZ up, by the looks of it.