Coming to iPad and Android next month

This iPad and Android game pits you against your friends, enemies, and frenemies in brutal battles to the death.

As you can see for yourself in the video below, battles take place across 19th Century England, in single-screen arenas which are littered with platforms and pick-ups. 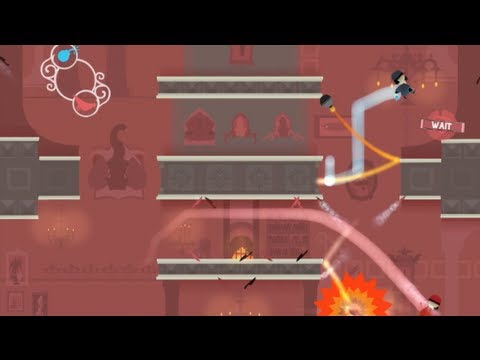 Lucky Frame's previous releases, Bad Hotel and Wave Trip, both nabbed sought-after Silver Awards at review, so we have high hopes for this upcoming title.

Gentlemen! will be available to download sometime next month. We'll be sure to let you know when it hits.
Next Up :
Gunfire Reborn, the popular roguelite FPS, has officially launched on Android and iOS

Act like a ruffian, a cad, and a scoundrel in violent arcade brawler Gentlemen!