Love it or loathe it, Gears POP! is undeniably one of the biggest mobile games of the summer. A cutesy adaptation of one of Microsoft’s premier IPs, it sees you forming your very own ragtag team of COG fighters and locust abominations to best online opponents in top-down cover-based battles.

Its reveal during last year’s E3 prompted a lot of grumping and moaning, with many left puzzled by its kid-friendly looks. After all, it hails from a series known for its grisly dismemberment mechanics and punchy guns with chainsaws attached. It comes as no surprise, then, that many are still critical of the mobile-only Microsoft/Funko POP! collaboration.

But I’m not here to give opinions, no sir, I’m here to pass down some helpful tips that’ll hopefully give you the edge in the game’s online Versus mode. While it’s hardly the most tactically demanding game out there, there are definitely ways that you can screw up a match if you’re not careful or haven’t put some time into formulating your team.

So, without further ado, here are some tips and strategies to help you put your best foot forward in Gears POP!. 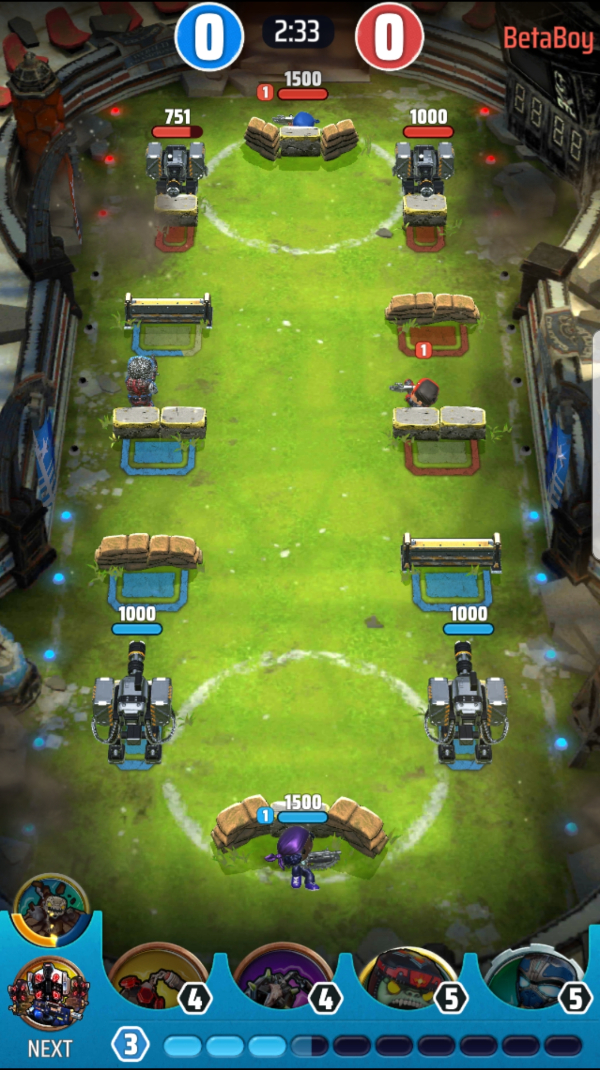 If you’ve put any time into Gears POP!, you’ve likely noticed that the vast majority of the actions you can take all cost power. At the start of a match, the little bar featured at the bottom of the screen will fill up very slowly. This gradually picks up as the match draws to an end and the action gets more intense.

When you’re starting out, each unit will cost between 1 and 5 energy points. If you’re like me, you’ll immediately gravitate towards spending all your power on units, but you should always asses the on-screen situation before making any rash decisions. For example, opting to spend power on a grenade can genuinely turn the tide of a match. You have full control over where grenades will land, so they can be used offensively or defensively at a moment’s notice.

Likewise, your Ultimate Ability has a variety of uses. You’ll start with only Emergence Hole unlocked. This one allows you to summon forth a group of wretches from underground. Just like grenades, you shouldn’t automatically default to using them offensively – they’re ideal for swarming heavies or shotgunners.

Learning to claim and hold cover is an absolute must if you want to win. You can claim a piece of cover by placing a cover-based squad member down in front of it. Each row of cover has a left and a right lane, so you need at least two cover-based units to claim the row. More claimed rows means a larger deployment zone which in turn means that your units have less distance to travel before they reach your opponent’s base. It also means there’s less chance of them dying on the way. 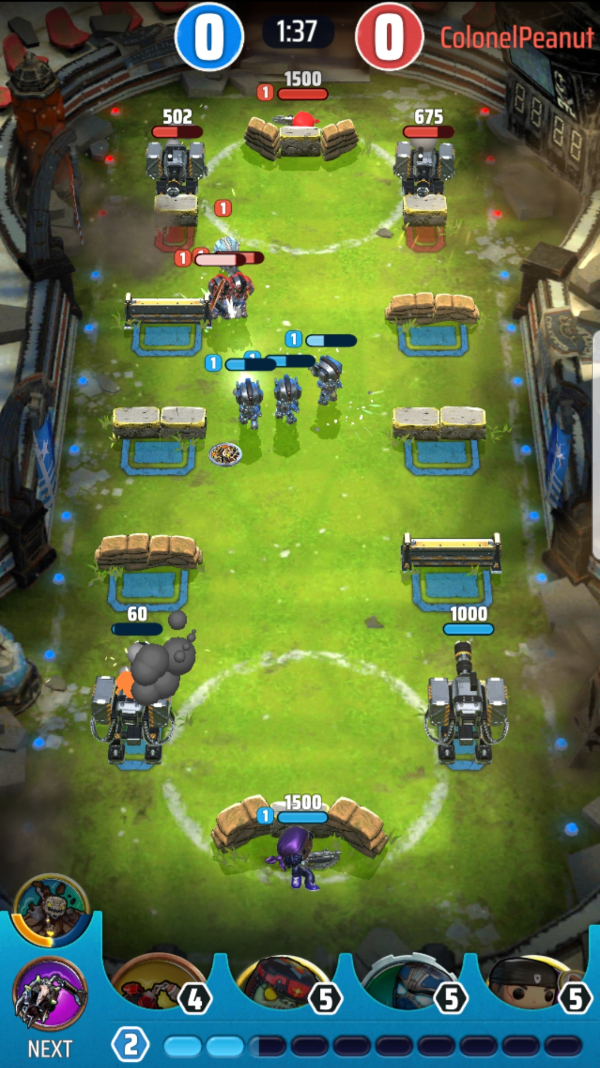 One of the biggest rookie errors has got to be stacking your entire party with high-power units. As we’ve established, the power bar can take a while to fill up, and you want to make sure that you always have at least a couple units in the fight. Naturally, this means balancing out your party with a mix of high and low power squad members. The worst thing you can do is blow your entire power supply on a single heavy who is then straight away swarmed by multiple low-power units.

You also need to make sure that you pay attention to what each unit is strong and weak against. You can check this by tapping on a squad member’s individual ‘info’ tab in your pin collection. 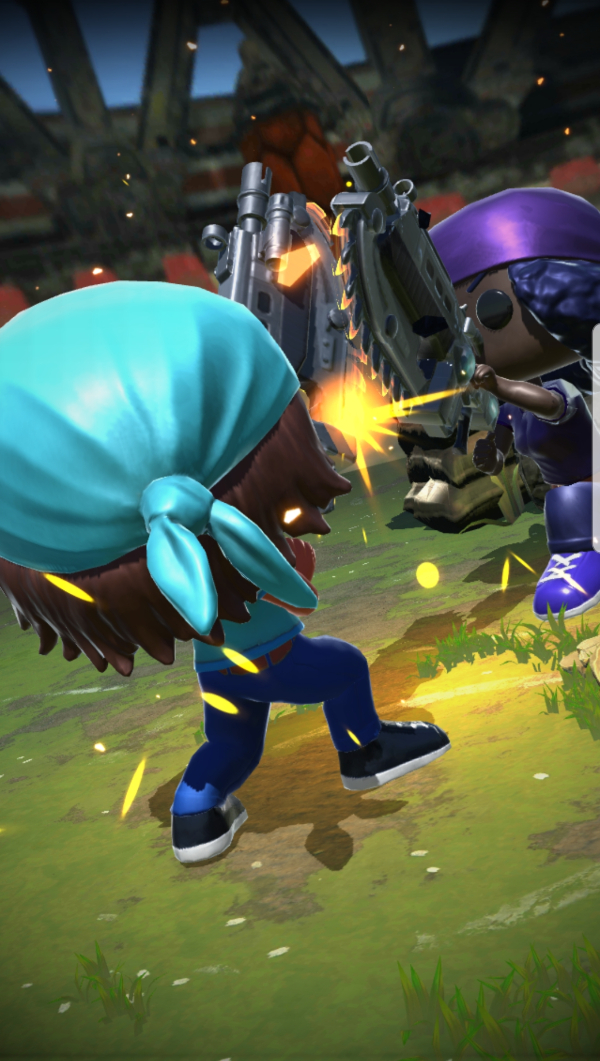 The game has two major currencies: crystals and coins. Both can be earned naturally through play, either by winning matches or completing Daily Bounties. These are fairly straightforward tasks such as playing a set number of Versus battles or sending, say, 30 or so units into battle.

Early on, crystals can be pretty hard to come by, so I’d recommend linking your Xbox Live/Microsoft account as soon as possible. Not only will you earn Xbox achievements by doing this, you'll also net yourself a nice 100 crystals to use on speeding up the process of unlocking loot boxes.

Ah yes, the loot boxes… Much like Elder Scrolls: Blades, Gears POP! has an unreasonably small carry capacity for loot boxes. You earn one for winning a single match of Versus, they each take three hours to unlock, and you can only carry four at once. See the problem here? This is why getting crystals fast and spending them wisely is super important if you want to keep earning rewards and enjoying the game. 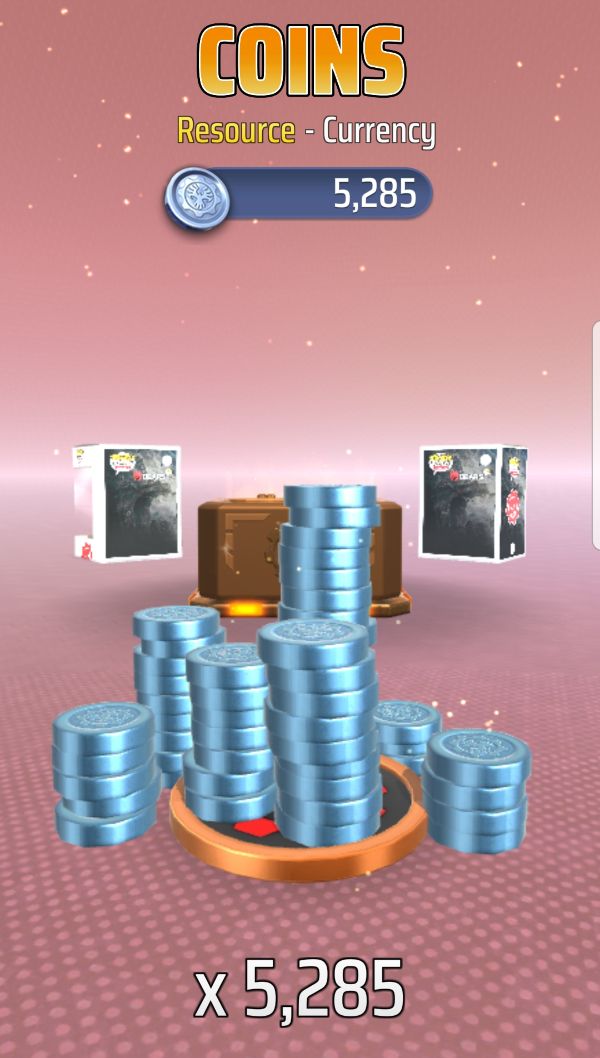