Little Lords of Twilight is a surprisingly deep turn-based scrapper that takes pieces of the MOBA genre and weaves them into its strategy underbelly.

And the end result is a beefy game that feels far more involved than a lot of the recent MOBA twists we’ve seen on the App Store.

It’s bright, it’s clever, and with card-collecting mechanics thrown in as well, there’s an awful lot here to sink your teeth into.

Each game sees two heroes taking one another on. They have a deck of cards they can use to fire spells and summon minions, but they’re also capable of doing damage themselves.

Movement takes place on a grid, and you’ve got a set amount of points to spend each turn. It’s pretty standard turn-based stuff.

But everything is presented in a smart and intuitive way. There are a few tutorials, and then once you’re through them you’re left to your own devices. 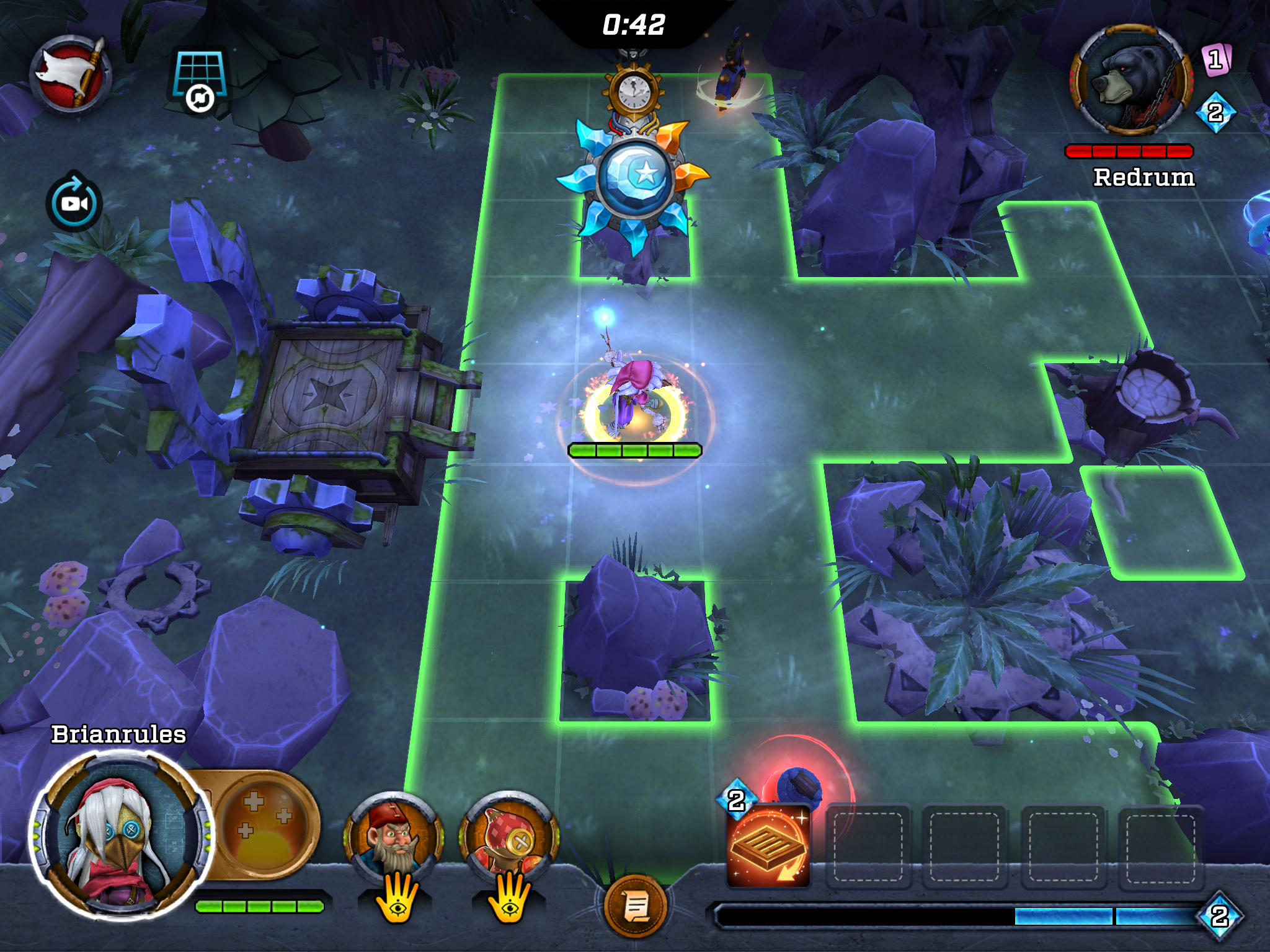 Inevitably there are plenty of menus to work through and lots of gems and what not to pay attention to, but the actual combat is sharp and engaging.

It feels like a distilled turn-based strategy game, and it works wonderfully on mobile. There’s meat on these bones, and the bones themselves are far from brittle once you’ve chowed down.

And you’re likely to spend a good while gnawing on what’s on offer here. It doesn’t quite have the chops of a massive strategy title, but it does have a mobile bounce that’s hard not to get carried away by.

Plus everything is presented in a swaggering, intelligent way. Which means you can leap straight into the action without too much preamble or explanation.

Basically this is mobile strategy done really, really well. It might not be perfect, and some of the aspects of it might put off strategy classicists, but if you don’t place yourself in that bracket, it’s definitely worth checking out.

A clever and incredibly well put together mix of cards, strategy, and MOBA
Next Up :
Sumire review - "Why do some days stay in our thoughts forever?"