If you're missing Game of Thrones on TV, there's already a bunch of games based on the universe you can play right now on mobile.

One of them is Game of Thrones: Conquest, a multiplayer strategy game that shares more than a few similarities with genre staple Game of War.

And if you scratch even the slightest bit beneath the surface of the Game of Thrones IP, you'll find a game you've played a hundred times before in various guises.

Straight off the bat, your favourite characters show up to tell you how great you are and give you your own House to get started.

This is pretty much your only interaction with cover stars Jon Snow and Daenerys Targaryen, and from then on it becomes clear you're in for a very familiar ride.

You have your own keep to build up, which requires farms, sawmills, barracks, and all the usual trappings of a medieval fantasy setting. 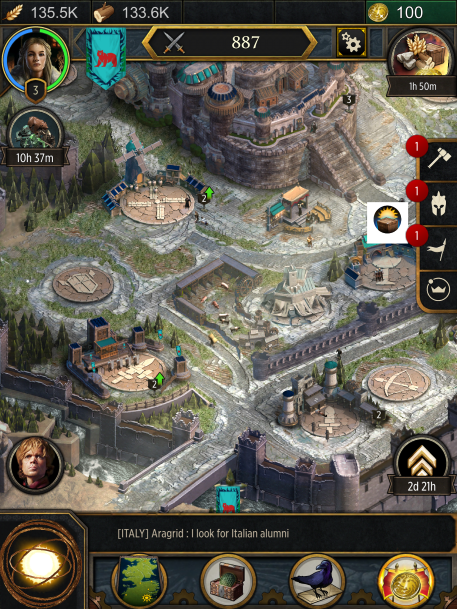 And you'll need to build up your own army to go out into the world and kill creatures, and eventually start fighting other Houses once you're ready.

Everything takes real-world time to build, so be prepared for the usual plethora of wait timers as your House gets started – though you are allowed to finish buildings that have less than ten minutes to go.

You also get a heap of free stuff to help you along your way to begin with - follow the simple quests that Tyrion Lannister gives you, and you'll be given tons of rewards to get you moving.

But the whole experience just falls into that same, tired pattern that all these strategy games follow. You upgrade buildings, upgrade your keep, unlock new levels to upgrade to, rinse, repeat.

Battles are also incredibly simple, and you won't even see the progress of your march on the world map – either the arrow is pointing to your destination, or it's pointing back to your keep. 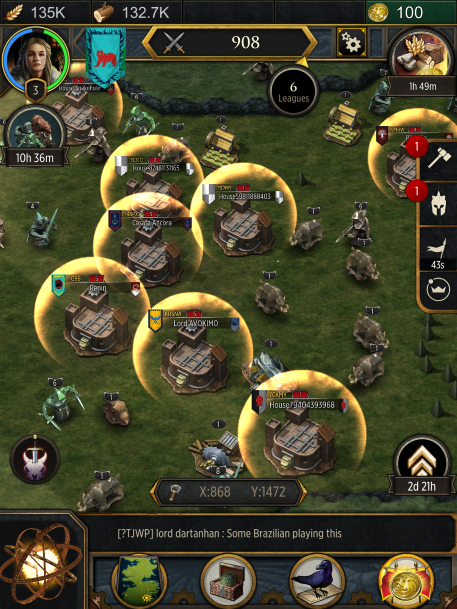 To an avid mobile strategy gamer, this will likely feel all too generic. There's no new mechanics to get to grips with, and no changes to a formula that has already become stale.

And for casual fans of Game of Thrones who expect blood, sex, and violence from their digital adventures in Westeros, the whole experience will be sadly lacking in every one of those departments.

Overall, Game of Thrones: Conquest feels like a missed opportunity. Even with such an enormous IP to work with, all that came out of it was a lacklustre version of a game you've already played.

It does absolutely nothing new with the strategy genre, and even generous time skips and early rewards won't be enough to keep you invested for long.

If you're already playing Game of War or a similar title, there's no reason to jump ship. If you're not and want to get into it, this probably isn't the place to start.

Unoriginal and dull, Game of Thrones: Conquest is a waste of a perfectly good license
Next Up :
UFO99 review - "A fun little arcade game on the go"