Much anticipated sci-fi epic Galaxy on Fire 2 is finally available to download on iPhone and iPod touch. It has hit the New Zealand App Store, meaning it’ll be available in international app shops throughout the night.

Galaxy on Fire 2 features a ten-hour space faring campaign, as you discover more than 20 solar systems and 100 different 3D space stations in the game’s sprawling galaxy.

You get to take more than 30 customisable space ships on the game’s story arc, or pop off and do some freelance missions on the side.

Galaxy on Fire is all about mining for ore, trading over 170 different goods with space stations, and raking in the cash in the game’s dynamic economy. You’ll have to keep your reputation pure, and work diplomatically with the galaxy’s denizens. Plus, there’s plenty of actions as you gun down enemy craft.

The game features a professionally penned story with full voice acting in English, and plenty of extras: you can save screenshots and upload them to Facebook, get achievements and leaderboards through both OpenFeint and Game Centre, and even see beautiful, high resolution graphics. 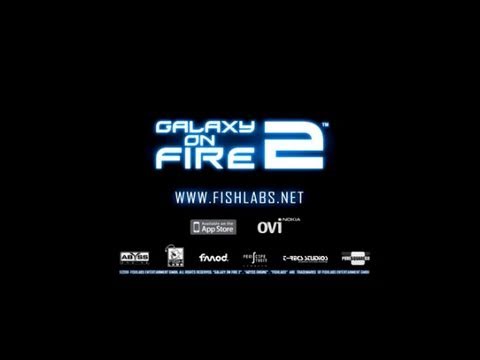