Funko Pop! Blitz’s latest collaboration brings over characters from How To Train Your Dragon

Funko Pop! Blitz for iOS and Android is having a crossover event with How To Train Your Dragon this week.

Until 15th December, you can log in to the match-3 puzzle game and spend your time with the magic of the beloved winged characters from How To Train Your Dragon. You can soar to new heights with dragons Toothless, Light Fury, Ruffrunner, Dart and Pouncer in their newly realised Funko form.

Fan favourite Toothless will be an event exclusive, so make sure you collect him before he flies off to another adventure. 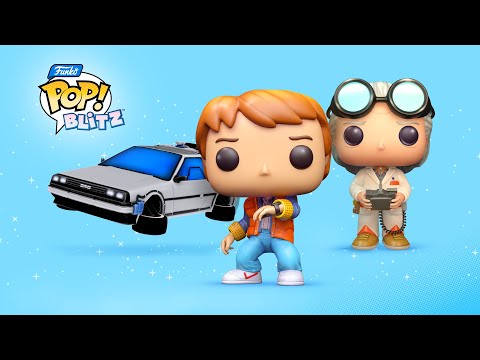 For the unaware: Funko Pop! Blitz is a match-3 puzzler which crosses over with many popular franchises to bring Funko Pop! versions of iconic characters to the game. See the trailer above to get a nice rendition of what the game is all about and how it plays.

Events run weekly, meaning each week you have a new bunch of characters to collect and interact with. The list of collaborations runs wide, but it includes Back to the Future, E.T. The Extra-Terrestrial, Jurassic Park, Shrek, Parks and Recreation, and many more. The game launched earlier this year and has already featured many of these, but more should be coming our way later this month and throughout next year.

If you’re a fan of How To Train Your Dragon and want to check out the new collaboration, you can download Funko Pop! Blitz from the iOS App Store or Google Play for Android. It’s a free to play title featuring adverts and in-app purchases. If you enjoy match-3 puzzle games, check out our list where we've named the best ones to play on iOS.
Next Up :
Black Desert Mobile reveals new Drakania class alongside other major updates and announcements