Don't worry, it's not going anywhere, Double Eleven has decided to change its name, is all. The "Tactics" has been dropped, so instead, it's now known as Frozen Synapse Prime.

"We originally chose to add "Tactics" to drop a very obvious hint of the turn-based nature of the game," Double Eleven COO Mark South explained on the EU PlayStation Blog.

"As well, for those who knew the game, it was also an in reference to one of the game’s main characters."

South didn't explain the reason for the change. He did, however, reveal the Prime should be available exclusively on Vita this autumn. 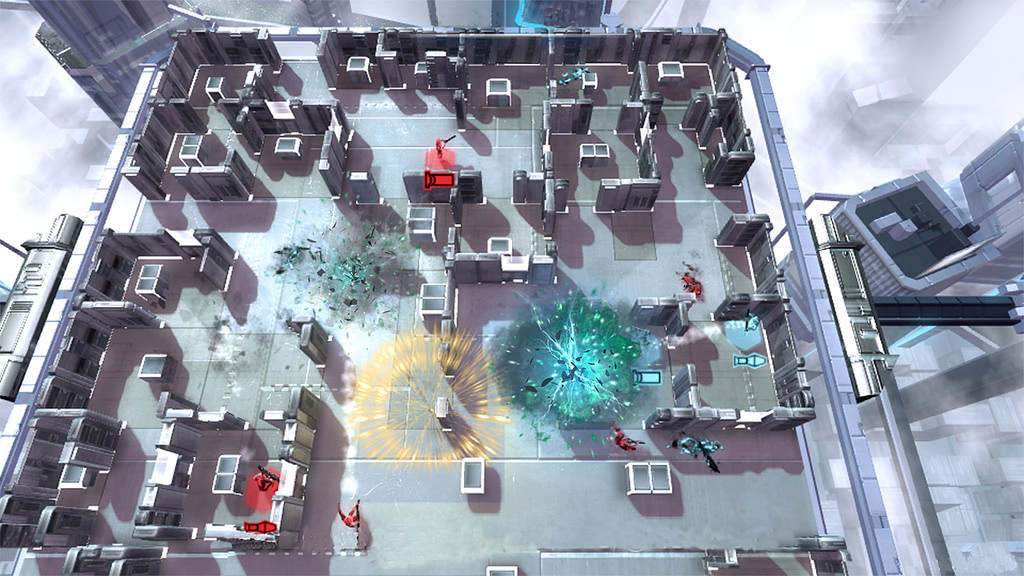 If you're unfamiliar, Frozen Synapse Prime is a remake of 2011 PC cult hit Frozen Synapse. If you've seen a top-down shooter that's entirely blue, that was probably it.

Double Eleven has been working with original developer Mode 7 Games to improve the deep gameplay of Frozen Synapse in Prime.

"Through focus testing, we refined all areas of the game's commands and controls without losing any of the deep strategy loved by the core Frozen Synapse fanbase," Double Eleven told us in an interview last year.

The blue visuals have also been swapped out for a detailed design with motion-captured characters and procedurally generated geometry.

Now that it's officially renamed and in the final stages of testing, Frozen Synapse Prime should be released soon.