Frontline Commando levels up with One Man Army update

All about you and your army

Glu's cover shooter Frontline Commando has been doing the business on iOS and Android.

And with the release of v2.0 (today), the publisher hopes it will be doing even better business.

The additions are a new map - Khan's Palace - and the One Man Army mode, which is backed with its own leaderboards.

There's also an extended campaign with new missions, new power ups and weapons - Juggernaut and Ultrafire - and a new boss battle with Khan. It might involve a large tank.

In addition, the game comes enhanced for iPad 3 with higher resolution graphics and dynamic shadows, while every day will bring a new deal in terms in-app purchases for guns, items and currency packs.

You can get some idea of the goings-on the following video. 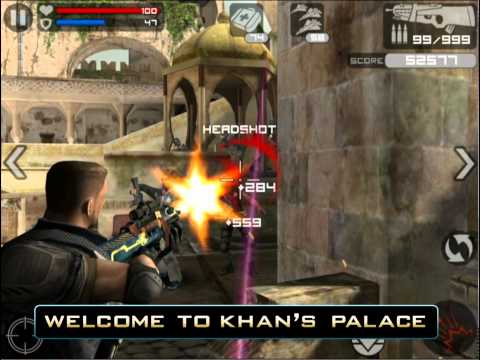 Subscribe to Pocket Gamer on
Next Up :
Arknights has launched Season 10 of Contingecy Contract: Operation Arising

Up gunning for glory