[Update] Frantic Shooter is exactly what its title suggests at an extremely fast pace, out now

You shoot, you dodge, you die.

iOS + Android
| Frantic Shooter
Update on June 15 at 15:30: Frantic Shooter is now out on iOS. You can get it here. An Android version should come tomorrow. Don't you like it when the title of a game immediately describes its gameplay? Frantic Shooter is just that, a frantic, extremely fast-paced shooter that's coming next week, on June 16th for both iOS and Android.

It's published by Bulkpix and developed by PixelRatio and it's actually really impressive in motion (I'd recommend watching it in 60fps): 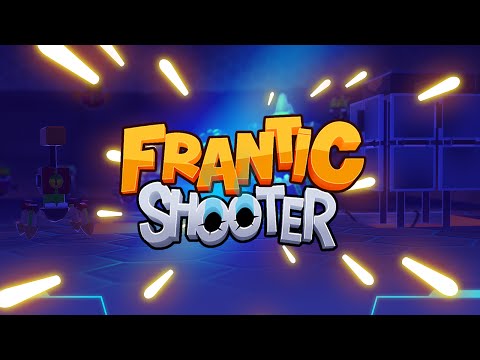 I really wonder how it'll all play on touch screens given the twitchy nature of the game. It all seems to be about bullet sponge-like bosses and avoid patterns, thus a mix between an arena shooter and a bullet hell shoot-em-up.

Every level is randomly generated and will feature different kinds of environments, sometimes adding traps into the mix.

Frantic Shooter - Does what it says on the tin