Football Manager 2020 is heading to tablets and phones in November

Gegenpress your way to several titles

Sports Interactive's popular franchise is back and Football Manager 2020 will be released in early November. The two portable variations, Touch and Mobile will launch simultaneously along with the PC version.

Football Manager is an extremely popular game, there are plenty of people who don't play any games but they will play Football Manager. It's probably partly because it plays into every fans firm belief that they could do a much better job than their club's manager.

To coincide with the announcement they also released a teaser trailer that doesn't really tell us anything. It's mostly a lot of impressions of Arsenal Fan TV-style setups with football fans getting passionate about how poor their team is, as they tend to do. More actual details are expected to be announced in mid-September. 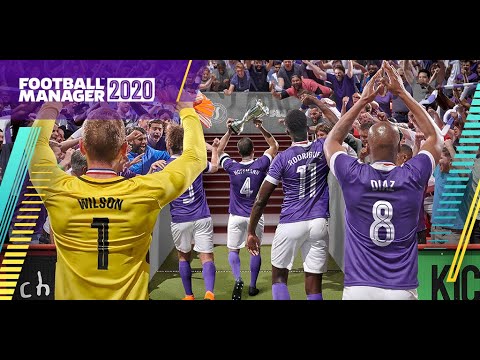 Interestingly, FM 2020 will also be coming to Stadia and this will be the full version. That means that you'll be able to potentially play the deepest version of the game on mobile for the first time without all the caveats of the Touch and Mobile versions. It'll be interesting to see how the cloud tech can potentially speed up FM as it currently draws from a gigantic database of players, teams, leagues, managers and other coaching staff.

Though with Football Manager's often busy UI this might not work that well on the smaller screen. Regardless, it'll be interesting to see if the cloud setup could potentially speed up the game significantly as the game pulls its information from a huge database of players, teams and coaching staff.

Additionally, players often opt to get the mobile version instead of the full game anyway. Both offer a more streamlined alternative without – at least in FM 2019 – player morale or press conferences to worry about which means you can power through a season much quicker because there's less micromanaging to get bogged down in.

Football Manager 2020, Touch and Mobile, will be available in early November with no specific release date announced yet.