Scott Cawthon has announced that he's moved the release date of Five Nights at Freddy's 4 forward from Halloween 2015 to August 8th.

Cawthon revealed this news to Reddit user "dawkosgames" by email who then posted it to r/fivenightsatfreddys.

"To keep the Halloween date special however, I'll be working on a free update with extra content to release October 31st. I also plan on having a trailer ready for next weekend!"

While the image of the email could be a fake, the information contained within it seems to have been confirmed with Cawthon's latest Five Nights At Freddy's 4 teaser image.

Uploading the image on the game's IndieDB page, Cawthon titled it "8815," which corresponds to the August 8th release date. 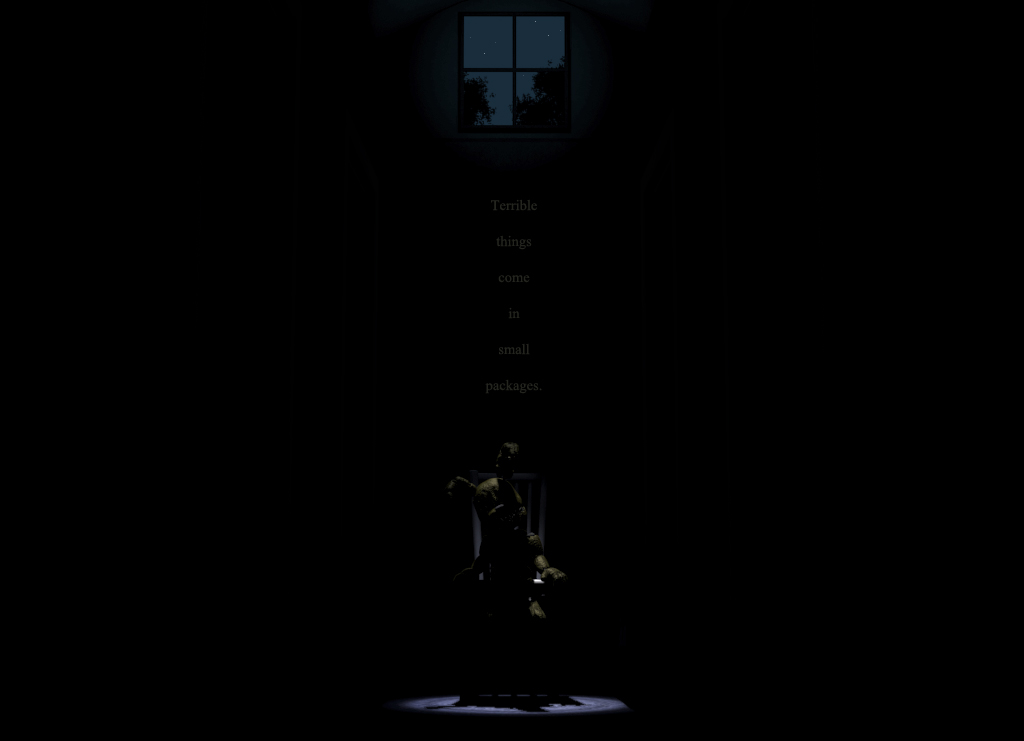 The same teaser image, which reads "Terrible things come in small packages" is also up on Cawthon's website.

This is, presumably, the game's PC release date as it has always come out on that platform first with iOS and Android versions following shortly after.

We'll let you know when we hear any more about Five Nights At Freddy's 4 closer to its arrival in a couple of months.

Five Nights At Freddy's 4 is out on iPad and iPhone right now, just in case you didn't want to sleep again

Five Nights at Freddy's 4 - Too much is too much

Five Nights At Freddy's 4 is out right now on Android, and will probably make you soil yourself