It was when I pressed the "First Strike" button (the one with the skull on it, obviously) that I realised the true terror of global nuclear war.

Sending ten huge missiles, packed with nuclear warheads, soaring across the sky towards Western Europe was shocking to me.

Partly because I didn't know to expect that as a result of pressing that button, and partly because the roar from my iPad genuinely made me jump.

First Strike is a game in which you control a super power and attempt to destroy other countries before they can destroy yours. I went with the 'Easy' option (aka USA), but I could have gone for Europe or North Korea, too.

What first impresses about First Strike is the interface. You see a globe, and can pinch the screen to zoom in and out. Swiping lets you spin the Earth.

Tapping on countries you rule brings up an options wheel, from which you can expand, research, build missiles, or start attacking. 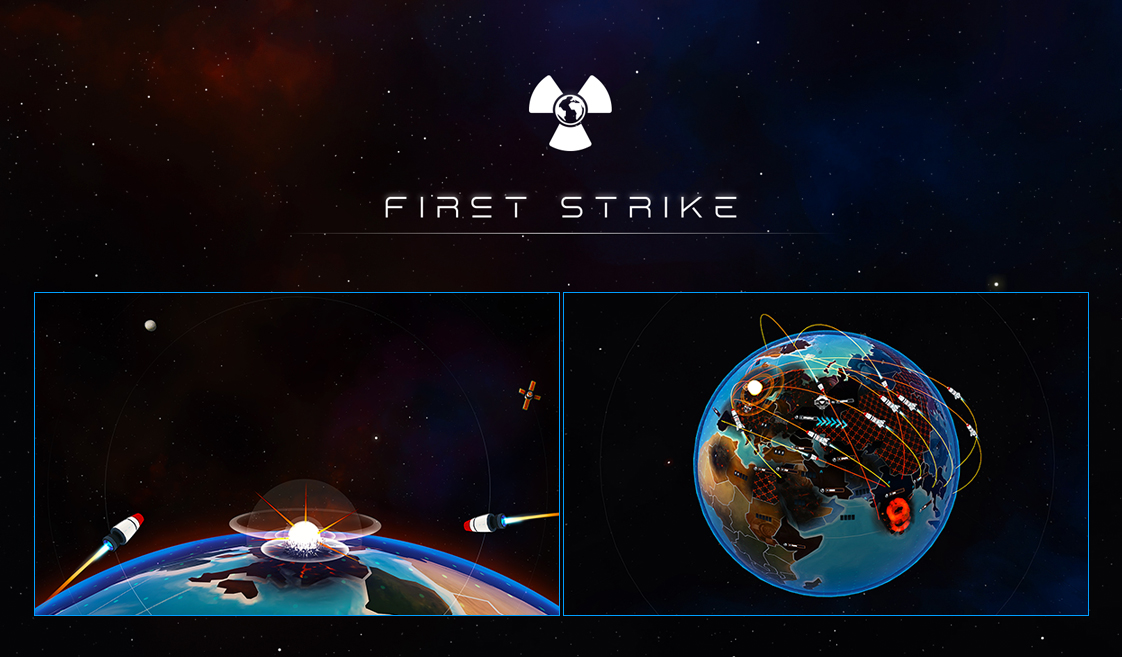 It's a game about managing time and being prepared for the worst. If an enemy sends a missile over, you won't have long to build a rocket to intercept its flight.

What you have to keep an eye on, then, is the cooldowns and progress bars. If you tell a country to research a new type of missile, then it won't be able to defend itself if attacked. It's one thing at time, and that's where the think-on-your-feet strategy comes in.

It's best to expand your territory as early as possible. Get a collection of countries together: some of them researching, the rest of them building missiles to defend your territories with.

But the more countries under your rule, the harder it is to keep an eye on them all. But testing your reactions and ability to keep up is part of the game's appeal.

Sooner or later, peace around the world will come to an end as the rockets start to fly. You can react, but only by fighting fire with fire. First Strike is not a game about negotiation.

Your ridiculous battles turn landmass into embers. Sending a well-placed missile over to London led to a death count in the millions. It's terrifying because you've just committed genocide in seconds, but it's worryingly fun. 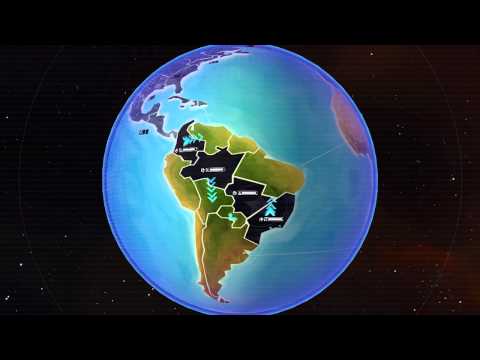 The quickfire strategic battles last about ten minutes, usually. Western Europe surrendered early on into my game. But North Korea took over most of Asia and our duel saw millions more dying. The explosions and screen shaking sure made it very entertaining, though.

The only way to win in that situation is to build more missiles than the enemy, and destroy as many of their territories as possible. I chased North Korea around the globe until it had nowhere else to go. Victory was mine.

But, was it really? If I spun the globe all I could see was red and black countries; destroyed and burned. The Geiger counter was clicking faster than I could count.

Victory for me meant destroying the Earth. That's where First Strike's underlying message comes in, making you understand the worrying and sudden consequences of another world war.

First Strike, the nuclear strategy title, has released a new content update for Android and iOS

First Strike: Classic is an upgraded version of the iconic war strategy game, out now on mobile