Blindflug Studios has announced a major update that brings multiplayer to First Strike is on its way. It will launch on November 3rd for iOS and Android and allow players to test their mettle against up to nine other players from across the globe.

Much like the singleplayer mode, players will choose from a variety of nations, including the USA, North Korea and Russia. Once they've pledged their allegiance to a country, they will start attacking each other with nuclear weapons until only one nation stands victorious. Matches can be set up with random people through quickplay, or players can join a room or host their own using a code system.

The new multiplayer mode will feature two modifiers for players to use as they see fit. The first is Balanced Start, which, unsurprisingly, sees everyone beginning the match with the same starting condition. Meanwhile, the second is Small State Support, which starts smaller nations with faster expansion and research speed, so they don't start the match at a huge disadvantage. 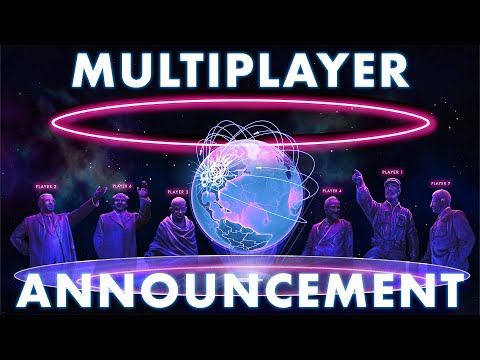 If you're unfamiliar with First Strike, it is a nuclear power simulator first released back in March 2014. Since then, over 11 million players have downloaded the game. The developer has announced their intention to keep releasing updates for the free-to-play version to keep the content fresh.

The gameplay sees players launching and defending against nuclear rockets across a 3D globe. They will need to research new technologies to build more powerful weapons to conquer and claim other territories. There are 12 different countries to choose from, including the USA, Russia, China and North Korea.

First Strike is available now over on the App Store and Google Play. It is a free-to-play game with in-app purchases.

Looking for more simulation games? Perhaps some that involve less worldwide devastation? Here are some of the best available for Android
Next Up :
Ninja Must Die is an upcoming combat-focused action runner with stylish ink-based visuals, now open for pre-registration

First Strike, the nuclear strategy title, has released a new content update for Android and iOS

First Strike: Classic is an upgraded version of the iconic war strategy game, out now on mobile