And it's heading west!

This is a bit of a surprise. Square Enix has announced that its long-running MMORPG Final Fantasy XI will be heading to iOS and Android.

The company has joined up with Nexon to bring in what it is referring to as the era of the "MMMRPG;" that is, a Massively Multiplayer Mobile RPG.

As Final Fantasy XI was originally released for PC, Xbox 360, and PlayStation 2 back in 2002, its control systems are designed for keyboards and gamepads.

So this mobile version will have a speedier, enhanced battle system designed for the touchscreen. Efforts have also been made to ensure putting a party together is easy enough to do.

Siliconera reports that there will be Linkshells (a way to maintain communication with people), a guild system, and new "dynamic events." 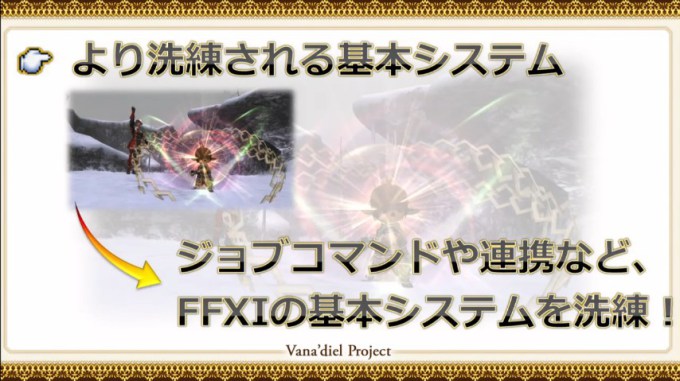 It seems that this mobile version of Final Fantasy XI will retain most aspects of the original game. One notable difference is that solo play is being made easier.

However, what hasn't been revealed is if it will connect with the same servers that the PC and console versions run on.

What we do know is that it will first be tested out in Japan and South Korea. It will then be coming to the US, Europe, and other parts of Asia.

Siliconera
Next Up :
MLB Perfect Inning 2022 adds in-game content to coincide with MLB rule changes for 2022