The upcoming battle royale from the massive Final Fantasy franchise, Final Fantasy VII: The First Soldier has crossed yet another milestone. Within ten days of launching, pre-registrations for the game have already crossed over a million sign ups! Ateam Entertainment and Square Enix just keep finding new reasons to celebrate. The First Soldier crossed 500,000 pre-registrations in four days and now 500,000 more in another six days. A massive feat for the series’ first battle royale. 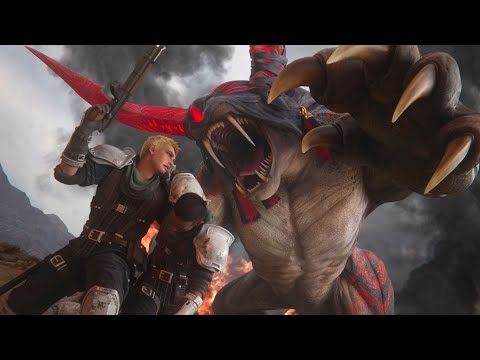 Users who signed up will already receive a Chocobo Egg, Shinra Mask Skin, Shinra Bike Skin and now the Shinra Utility Vehicle Skin. There’s just one milestone award left: the Shinra Helicopter Skin for hitting 2,000,000 pre-registrations. FF7: TFS launches on November 17th. Will there be another million pre-registrations within the next week?

There’s a new contest out for players as well. The game will feature a lot of characters from the Final Fantasy universe as skins and emotes. Cactuar will be acting out emotes on the game’s Twitter handle for the next nine days. Guess the emote and quote it using the hashtag #FF7FSEmoteQuiz and a lucky winner may just get a Shinra Box Full of Merch. Another way to get the merchandise box is retweeting the campaign tweet. Winners for that will be announced on 11th November while one winner a day will be picked for guessing the right emote.

Players can also head to FF7: TFS’ Facebook page where they can share the post to get free Shinra Pack Tickets. Everyone will receive an equal number of tickers based on the number of times the post is shared. These can then be exchanged for cosmetic skins and more.

Final Fantasy VII: The First Soldier is a 75-person battle royale featuring RPG elements. Players can fight using spells, guns, and swords to be the last player standing. The game launches worldwide on November 17th and you can currently pre-order it on the App Store and Google Play.

Check out the top battle royales to play on mobile!
Next Up :
Sparklite is out now on iOS and Android, with a 30% discount until November 16th