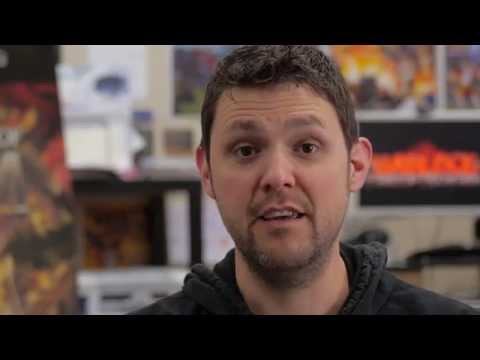 Subscribe to Pocket Gamer on
Tin Man Games is well known for its gamebooks, from Fighting Fantasy to Trial of the Clone.

Now the developer is exploring a new direction and re-imagining its The Warlock of Firetop Mountain gamebook as a digital RPG complete with multiple characters and tactical combat, currently on Kickstarter.

Similar to how inkle and Forge Reply evolved the digital gamebook with Sorcery and Lone Wolf, Tin Man Games is expanding its classic book into a full-fledged dungeon crawling RPG.

As you explore the treasure- and trap-filled caverns of Firetop Mountain, the map will form around your character. Combat will be turn-based, as both you and your enemies attack simultaneously.

You'll be able to explore different stories for various characters, each one represented as a 3D scan of an actual miniature figurine.

You can support The Warlock of Firetop Mountain here. The campaign is already well past its $10,000 funding goal, and is slated for a release on Steam next year, with a version for phones and tablets coming in late 2016.