Don't be a bada loser

Looking at the power of today's technology must be occasionally frightening for those who grew up in the age of the boardgame. But it doesn't have to be.

Just because all the cool kids are busy swearing and firing real-time rounds of virtual pain into each other in a fast-paced game of COD or Modern Combat, that doesn't mean there aren't plenty of opportunities to slow it down a little and have a nice relaxing game of Chess.

That said, even the most chilled out of boardgames can get a little dicey at times - especially the annual family game of Monopoly (which reminds me: I must have that plastic house surgically removed.)

Providing you can handle the pressure, here are the top five boardgames on bada. 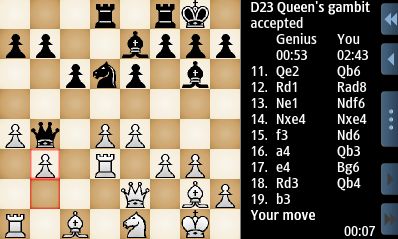 If purgatory turns out to be anything like the Templar Knight's chess-based ordeal in The Seventh Seal then you'd better get your practice in now, because you'll need it when you come up against the big D.

Whether you were in awe of Bergman's greatest cinematic triumph or you're still wiping tears from your eyes after your 11th viewing of Harry Potter and the Philosopher's Stone ('Yes, Hermione, I think this is gonna be exactly like wizard's chess') then you'll want to get a piece of ChessGenius.

It'll train you up in no time by way of handy hints and tutorials, with displays of thinking and an in-game book filled with opening moves. 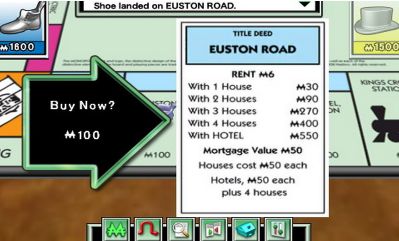 If you'd like to play wheeler-dealer favourite Monopoly, but without the risk of losing all your friends by exposing them to your dangerously competitive side, then this bada version is made for you.

It's pretty much the exact game you know and love/hate, with Chance and Community Chest, Free Parking, Jail, and the infamous Go.

There are even three difficulty settings to get your eye in with and just like in real life you can 'alter' the house rules (or cheat) to suit your particular playing style. 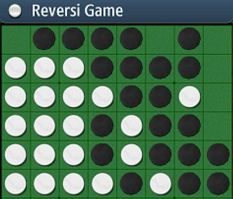 You might know Reversi by its Pressman-marketed name of Othello, or you might not know it at all, but it remains one of the more beloved of the boardgames.

The fact that it has existed so long (since 1883, in fact - thanks Wikipedia) gives Reversi an air of aged austerity, and you'll definitely need your brain switched on to succeed.

The aim of the game is to fill up an 8x8 grid with either dark or light pieces, taking it in turns to place them tactically in order to flip over your opponent's pieces and convert them into your chosen colour. The player with the most pieces on the board by the end of the game wins. 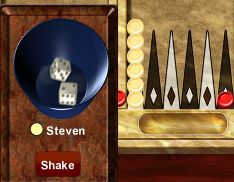 One thing to be said for Astraware Board Games is that it represents one helluva bargain. A grand total of eight games come squashed into one tidy package, including Chess, Backgammon, Ludo, Checkers, Reversi, Nine Men's Morris, Snakes and Ladders, and Tic Tac Toe.

Another thing to be said is that bada-touting boardgame fans have no excuse not to own it.

Each game within the collection offers three difficulty levels and the ability to alter the rules to suit your particular playing style or preferred version, while offering both single-player and multiplayer modes. 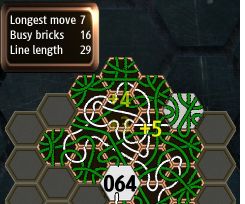 Longest Line is one to shake up the establishment. It's a boardgame, but one that's only really feasible to play on a screen.

Developer Grzegorz Nizinski has set up a complex system and given players a simple goal, make the longest line possible.

The game board consists of a series of hexagonal blocks that can be placed and rotated. Each block has six lines on it and the aim is to align them together to make, that's right, the longest line.

There are moments when you'll find that you haven't actually made a move and you've been staring intently at the screen strategising for an age - a good thing for the brain health-conscious. A bad thing for your wasted lunch break.

Disclosure: Steel Media is running the bada Student Developer Challenge in conjunction with Samsung.
Next Up :
Robot Tactics X hands-on: Deep customisation down to the last mecha detail