The titles that were lost in translation

Back in the dark days of video games, foreign titles were barely ever released in Europe if they weren't shoot-'em-ups or racing games. And even when they did make it over here they ended up running at nearly a quarter of the speed and with giant black borders - just because developers couldn't be bothered to make them run on European TVs.

Luckily things have changed nowadays and although there's always a lingering suspicion that Japan might be keeping all the best games for itself, most do make it out here in the end.

For those that don't though, importing is a lot easier on a portable than it is for a home console - since any cartridge works on any machine anywhere in the world. And because this is rip-off Britain they usually end up being cheaper, too, even with the extra postage costs.

So here's a list of the Top 10 games for the Nintendo DS that you'll never find on a European shop shelf (not counting those that require advanced knowledge of the Japanese language - which means most role-playing games are out). 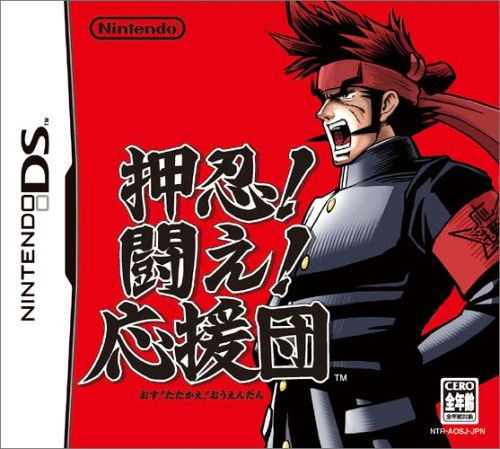 Not a game you could really criticise Nintendo for refusing to release here, this has nevertheless been the impetus for thousands of people to import their first Japanese game. It's a rhythm-action game by developer iNiS, which went on to create a westernised version called Elite Beat Agents. The original is still the best though (including its slightly disappointing sequel), as you prod the touchscreen in time to some impossibly catchy J-pop while watching outrageously silly manga cartoons on the top screen. These involve everything from helping a race horse to catch a thief to a tear-jerking reunion between a poltergeist and his lost love.

Given how much more successful Brain Training has been in Europe than North America you'd think a game filled with brain teasers and sporting a very European art style would immediately jump to the top of Nintendo UK's release schedule. In reality, the publisher's never even mentioned it. The game has the appearance of an old-skool adventure game as you tour the titular village interrogating residents and solving over a hundred puzzles from maths conundrums to logic mazes, optical illusions, visual puzzles and sliding block games. It's basically an interactive version of one of those 101 Puzzle books you get from train stations, but somehow infinitely more entertaining.

Like many of the games on this list this is a rhythm-action game - we'd include Rhythm Heaven too, but it is apparently getting a western release. This doesn't seem to be, however, although its predecessor almost did, with Nintendo of America even trademarking the title 'Jam with the Band'. You control multiple instruments at the same time and try to follow the notes in one of 35 in-built songs. However, the mistakes (and purposeful changes) you make become part of the song itself, so in the Free Play mode you can actually create your own music. This sequel even allows you to connect the DS to the Wii and use your TV as a speaker - or download new songs.

Konami has never been one to take great risks with importing its games to Europe, and since the name Contra is little known here (the previous games have been variously known as Gryzor and Probotector in Europe) it never bothered with this. It's a crying shame because this is one of the best ever on-foot 2D shooters. It also happens to be one of the manliest as well, with every sprite inked with pure testosterone and a difficultly level that laughs in your face every time you die. And then proceeds to kick you when you're down should you have the temerity to get past the first level.

It's rarely worth asking what any of these Japanese names actually mean. For example, this one translates as Super Control Robot MG, where the 'MG' stands for 'Marionation Gear'. What is important to know is that this is one of the best action games on the DS, as you control a series of giant transforming robots. The basic movement controls are on the face buttons but the use of the touchscreen is excellent, letting you ping giant crossbows, adjust throttle controls and send giant robotic ninja stars spinning. The graphics meanwhile are excellent, and the self-explanatory nature of the game means that ignorance of Japanese is no disadvantage.

A common fan request for the DS is a version of Super Smash Bros, but many don't realise that Nintendo has long ago provided just such a thing. Although entirely in 2D it's a very similarly constructed beat-'em-up, except instead of Nintendo characters you have virtually everyone that's ever appeared in Japanese manga Shonen Jump - from the well known Naruto and Dragon Ball to obscurities like Hunter x Hunter and Bobobo-bo Bo-bobo. The problem is that because all these series are licensed by different companies in the west it can never be released here, which is a shame because there's a lot of Japanese text to deal with. 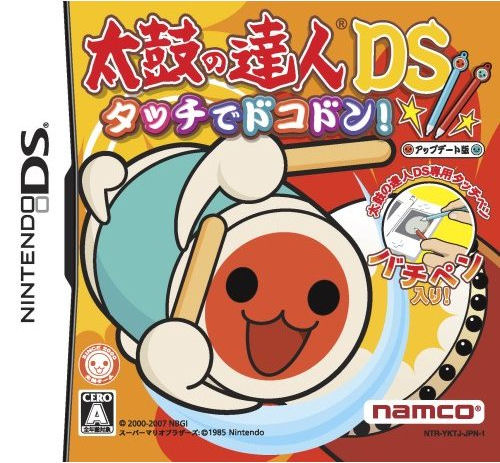 Not only has this game not been released in Europe, but neither has the original PlayStation 2 version - which is known as Taiko: Drum Master in the US. The idea is essentially Guitar Hero (although Namco thought of it first) but with a traditional Japanese taiko drum. In the PlayStation 2 version you got a big plastic drum and two drumsticks; here you get the touchscreen and two special styli. It works great though and you'll soon be banging away to everything from the usual J-pop nonsense to remixed Namco theme tunes and the William Tell Overture. There's also a sequel with a proper story mode - although naturally it's all in Japanese. 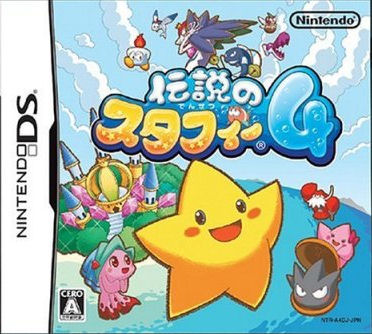 The Legend of Stafy games have been going since the early days of the Game Boy Advance in Japan, but none has ever made it to the west. That's probably because they're so reminiscent of the Kirby games, with similarly ultra cute graphics and a low difficult level. They're still great fun though, and number four is particularly well-designed (the numberless fifth game, not so much). It's not clear whether Stafy is actually a star or a starfish but he can swim and run around the platform levels as good as any, spinning to defeat enemies and unlocking new moves as he goes. 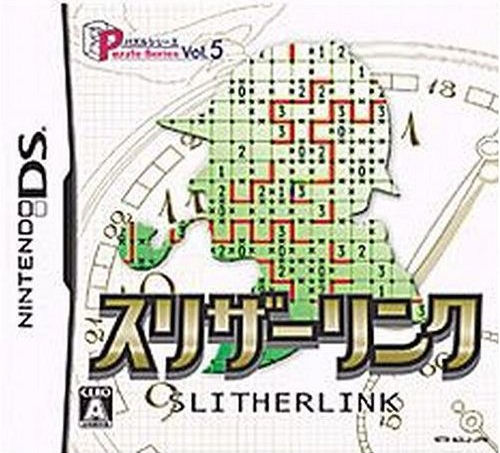 If you loved Picross DS or just puzzle games in general this is arguably the best on the DS. As ever the rules sound completely dull, with a grid of dots forming a number of squares - some of which have numbers in them. The idea is to connect the dots so that the lines form a single loop, with the numbers indicating how many sides of the square have to be part of the loop. The DS version is getting on a bit now and can be difficult to obtain, but a different version of Slitherlink is also in Brain Buster Puzzle Pak, which was released in the UK.

In contrast with its approach with the Wii, Nintendo has been quite restrained when it comes to releasing extra peripherals for the DS. This game though comes with a large plastic clip-on holder, which you have to slide around on the table in order to control your hero - an apparently sentient magnet. It effectively turns your DS into a mouse, although the way you use the controls is more like a trackball. It's a fun novelty and the idea of defeating enemies and then taking on their powers by trailing them behind you is a good one. Unfortunately progression is slow and repetitious and although we like it, the game was a flop.

Want more? Check out our latest and greatest DS top 10 charts.
Next Up :
The benefits of accessible mobile games for the blind and visually impaired community