What a year! iPhone and iPod touch gaming has grown up from the early days of rudimentary puzzle games and simple tower defence clones, giving way to games that dazzle with graphics and sound and inspire through sheer innovation.

To say that the iPhone and iPod touch have become a serious force in portable gaming is no longer remotely controversial. Just look at the year's finest examples, the best of which are highlighted below.

Everything from world-class music games and first-person shooters to racers and platformer adventures - the scope and quality of games has been impressive.

Both publishers and independent developers alike have proven what a powerhouse these devices can be. It doesn't matter the company's size because it's gameplay that matters, and 2009 proved to have an abundance of fantastic games.

Which naturally makes the job of designating ten titles as the year's best a difficult one. There's no question some memorable games just missed the cut, but there's no question that each and every one of these titles earned its spot.

Without further ado, your top ten iPhone games of 2009.

Less a racing game and more a high speed platfomer, Jet Car Stunts rockets into this year's elite not because of wild innovation or groundbreaking gameplay, but sheer quality of gameplay.

It's impossible not to enjoy every minute hurtling through the air between suspended platforms and zipping through checkpoints to beat the clock in a time trial. Integration with OpenFeint is a key feature since you're able to post times to leaderboards, giving it an extra competitive edge.

Visually, Jet Car Stunts is an impressive feat, the enormous 3D stages providing a playground of jumps, loops, and other obstacles to overcome. Such well-crafted gameplay powers this amazingly fun game to an impressive end-of-year finish. 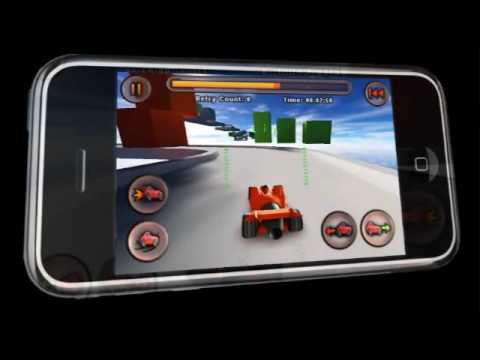 Edge
Developer: Mobigame
Publisher: Mobigame Consider yourself fortunate if you own a copy of Edge, because not only is it one of the best games of the year but it's also among the rarest.

Inconsistent availability on the App Store due to a legal battle regarding its name means this superlative puzzle-platform game is hard to come by, but there's a silver lining to this storm cloud.

It deserves all the attention lavished upon it, for Edge is an outstanding title the warrants praise for its gameplay and graphics. 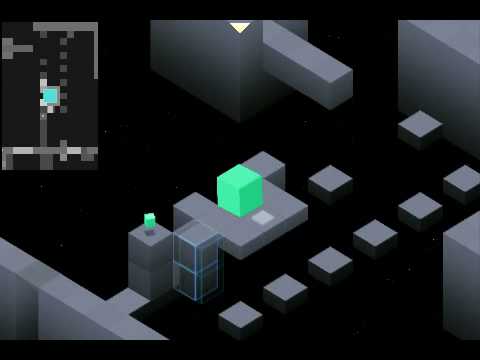 Subscribe to Pocket Gamer on
N.O.V.A. - Near Orbit Vanguard Alliance
Developer: Gameloft
Publisher: Gameloft From controls to graphics to action, N.O.V.A. has all the elements of a first class shooter.

While its originality is questionable, the quality of gameplay is undeniable. N.O.V.A. pushes visual expectations and provides solid controls that provide fantastically fun gameplay.

The action is non-stop: firing at aliens from the hallways of a spaceship, shooting through the thick jungles of a far-flung colony world, and even searching through a maze of rooms in a violet-hued alien station.

There's room for growth in the genre yet - inventive new single player scenarios, more weapons, robust multiplayer options - but Gameloft's impressive effort is at the cutting edge, and it earns itself a spot among the year's best. 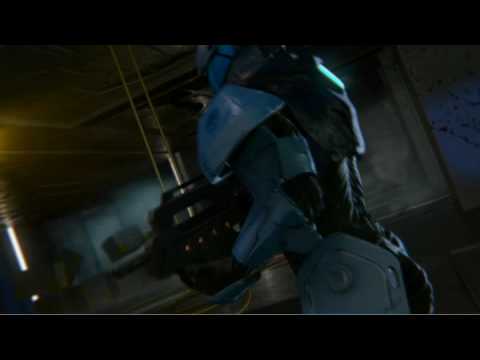 Need for Speed: Shift
Developer: IronMonkey
Publisher: EA Mobile With so many racing games available on the App Store, it's a tight finish in 2009 with Need for Speed: Shift taking the chequered flag. Great, weighty handling together with a superbly designed single player Career mode put it in a class above all others in the genre.

Need for Speed: Shift delivers bar none the best single player racing experience thus far on iPhone and iPod touch. It's challenging and lengthy, allowing you to unlock new events at your own pace and according to your own skill.

The unique Driver's Profile even assesses your driving style as geared toward precision or aggression.

Only multiplayer slows this beautiful racer down, which we expect to be addressed in next year's inevitable follow up. 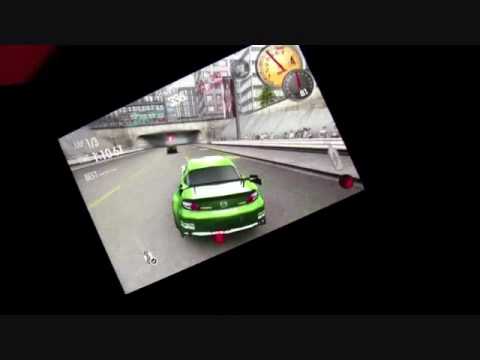 It starts with the humble black-and-white original, bursting into a vibrant display of colours and shapes as you shoot at myriad polygonal foes scrambled about the screen. Surviving the onslaught is your sole objective.

No other remake succeeds like Space Invaders Infinity Gene because it stands on its own - even if you're unfamiliar or wary of its origins, you're sure to enjoy this phenomenal game. 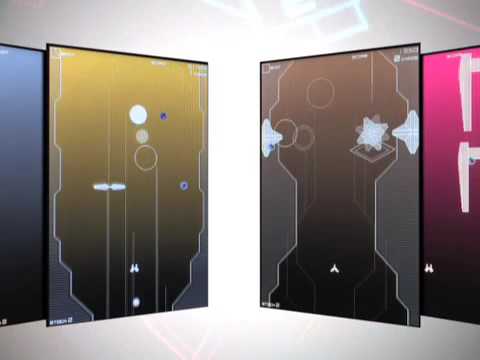 Subscribe to Pocket Gamer on
Flight Control
Developer: Firemint
Publisher: Firemint No assemblage of iPhone games from 2009 would be complete without honouring Flight Control, arguably the most influential game of the year. Firemint's unexpected darling kickstarted a new genre of line-drawing games that have become quintessential iPhone fare.

There's more to recognising Flight Control than just its innovation: we're enamoured with its simple gameplay that continues to keep us hooked months after release. The plain task of guiding aircraft to their designated landing pads and strips is pretty challenging (just look at the ridiculous high scores posted online).

Frequent updates have expanded this simple game into a fully-featured social experience that deserves to be installed on every factory-fresh iPhone and iPod touch. 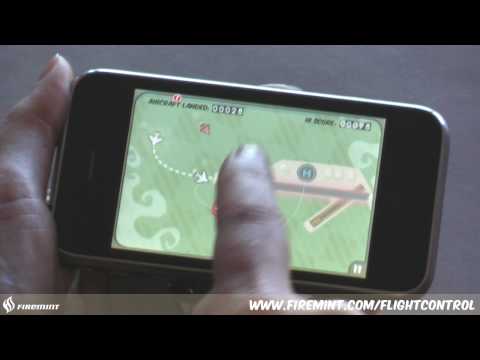 Impressive presentation alone isn't what earns Star Defense the nod. Instead, intuitive tower defence gameplay has kept it on our handsets since its June debut alongside firmware update 3.0. Spherical 3D stages look pretty, but also present unique challenges in dealing with waves of S'rath forces that snake about the surface of these miniature bodies.

Without question, this is our top recommendation in the crowded tower defence genre and among the best games of the year. 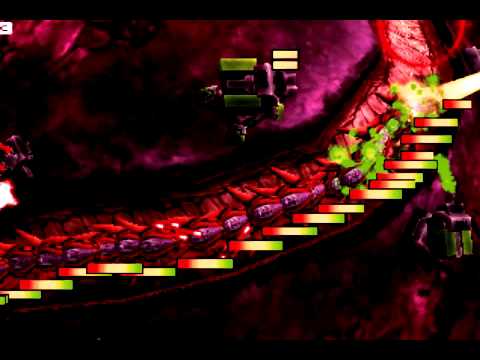 Squareball
Developer: Dromsynt
Publisher: Dromsynt Squareball is a throwback to the simpler games of yesteryear with the modern accoutrements of leaderboards and subtle visual effects. It's Pong meets Super Mario Bros.

The game may seem simple, but it represents a nuanced combination of gaming's past with an intuitive touch interface. Challenging stages have you flicking carefully to guide a tiny square through myriad obstacles from instant-kill red blocks to massive gaps.

This is what we love about gaming revitalised for a new generation - a true iPhone and iPod touch classic. 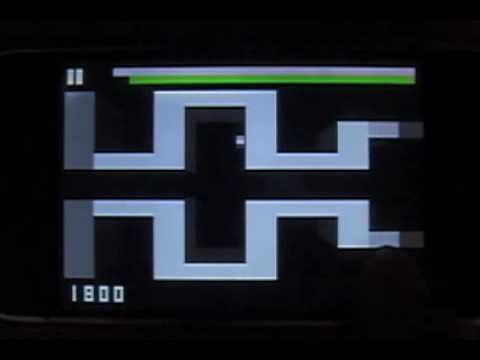 Most games aim to distinguish themselves from the pack with better graphics or added features, but for Zen Bound originality is what characterises its superb gameplay. The unlikely blend of physics, puzzle-solving, and relaxation techniques make it a one-of-a-kind gaming experience.

Wrapping a paint-soaked rope around wooden objects is your task, the goal being to cover the wooden figurine in paint. Time is of no concern here: self-motivated play leads you to explore each stage that hangs as a softly lit lantern on one of three themed trees.

It's unusual, yet engrossing. By daring to be different and seizing the potential of iPhone and iPod touch with such fluid control, Zen Bound earns recognition as refined portable gaming. 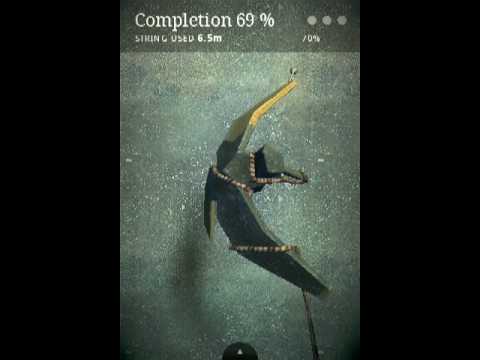 Glyder 2
Developer: Glu
Publisher: Glu Eryn soars to great new heights in this phenomenal sequel that addresses all of the criticisms we had regarding the original Glyder while at the same time expanding the scope and sophistication of gameplay.

It's one of the year's best games, if not the best, with a superb mix of exploration and adventure that's undeniably fun.

What truly earned Glyder 2 a coveted Platinum Award was creative design. Collectible crystals aren't just thrown into each of the game's five worlds: rather. they've been laid out in clever ways such as inside the bubbling cauldron of an active volcano and swept up in air currents.

Challenging new tasks have you finding keys to unlock gates, piecing together solar lenses, and congregating members of a tribe of cute creatures.

All these elements propel Glyder 2 to the ranks of classic - a universally recommended experience for anyone with an iPhone or iPod touch.