Every month, we like to look back at all the iPhone and iPad games that have come out in the past four weeks and pick out the very best of the bunch.

This month, we've played as gun-toting worms, the faceless overlord of an abstract space station, a knight on a barrel rocket, and a smiley face. We raced cars, played cards, and threw stones at snakes.

As ever, there's no exact science to these lists. We just scan the reviews on Pocket Gamer, check out the top-scoring games on Quality Index, and see which games are still hanging about our Home screens.

These, then, are the best iOS games from August. Probably. 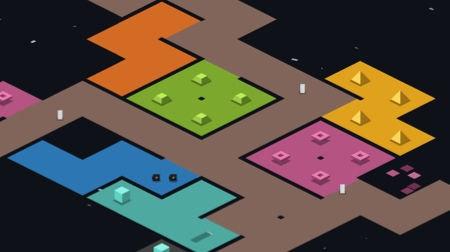 Rymdkapsel is an RTS that has been stripped down to its barest essentials. It's just commanding faceless units, harvesting resources, and building indistinct rooms. It's abstract and defiantly minimalist.

But with all the fat from your typical strategy game cut out here, you're left to get on with the really fun stuff: maximising the efficiency of your workers, juggling projects, and constantly expanding the scope of your operation.

Pivvot
By Fixpoint Productions - buy on iPhone and iPad 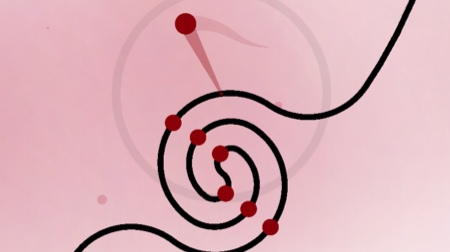 In this latest graduate from the school of hard knocks, you spin a ball that's attached to a long winding path. The idea is to dodge the various spikes and obstacles that line the edges of the road.

When you get in the zone; dodge all the traps; and hear the music dip into fuzzy radio noise and back out into an explosive electronic anthem, it feels good, man. Real good. 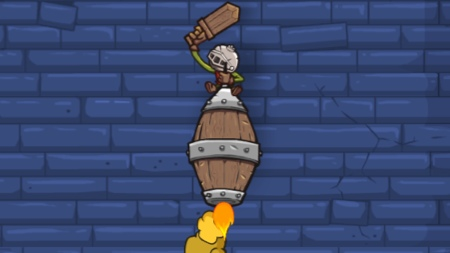 Knightmare Tower is Doodle Jump mixed with the wanton murder of fantasy critters.

As your little bow-legged knight climbs to the top of an impossibly large fortress, he'll bounce on the heads of enemies who randomly pop up from the bottom of the screen like the apples and bananas in Fruit Ninja.

It's a fast and furious little time sink, but the obsession doesn't really kick in until you visit the in-game shop. Chasing that next power-up will keep you rapt and entertained until you've saved every princess. 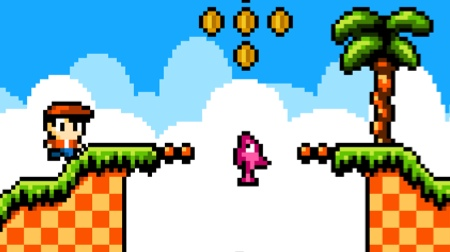 Kid Tripp's blocky and colourful Master System-style pixel-art and shrill chiptune ditties are decidedly old school. But its Rayman Jungle Run-style auto-running gameplay is slap-bang in the here and now.

Not Done Yet Games interweaves these disparate eras to form a game perfectly suited to a touchscreen, and challenges you in a ruthless, do-or-die way that developers of platformers rarely do these days.

Mikey Hooks
By BeaverTap Games - buy on iPhone and iPad 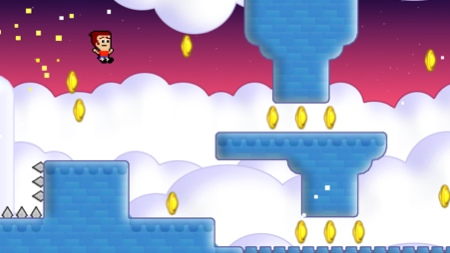 BeaverTap cracked it. Mikey Shorts was a speedy platformer that, somehow, didn't completely suck when played on a touchscreen. I wouldn't rule out dark magic or a deal with the Devil.

Follow-up Mikey Hooks isn't remarkably different from its predecessor - it's got the same graphics, the same thrill of beating the level in one seamless manoeuvre, and the same focus on speedruns (and silly hats).

The grappling hook, however, changes everything. 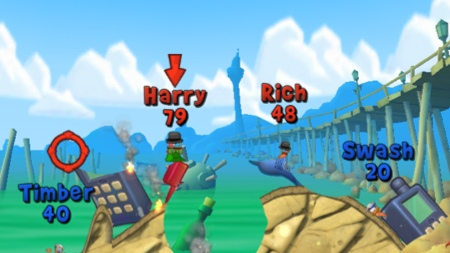 You should know the deal with Worms by now. Two teams of wriggling invertebrate soldiers take turns trying to murder each other with increasingly absurd weapons. This one, for its part, has suicide bomber sheep and the norovirus. Seriously.

Worms 3, which comes after Worms 4 because of reasons, boasts all that good tactical fun and the usual suite of multiplayer modes, but contains a clever card system through which you can dramatically change the rules every few turns. 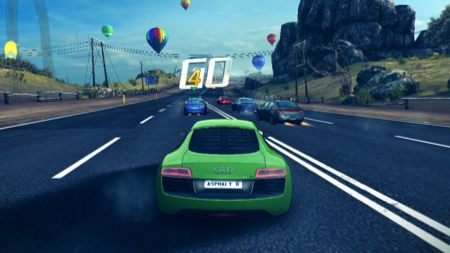 Asphalt 8 is a greatest hits album of the best arcade racers.

Track 1 has the glorious car-on-car carnage of Burnout. Track 6 has the endless drifts of Ridge Racer. Track 9 is a tribute to the glorious blue-sky tracks of Sega classics Daytona and OutRun.

And if you're sick of covers, track 12 is an original titled "Holy crap, I just did a barrel roll in a Mini Cooper".

4 Thrones
By Simple Machine - buy on iPhone and iPad 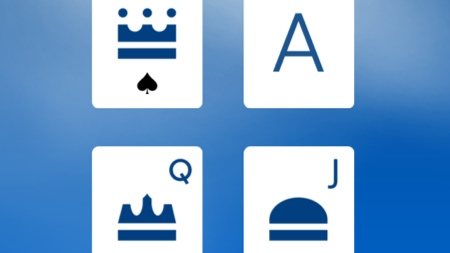 If you've ever been stuck in a caravan on a rainy day with nothing more than a pack of cards to entertain you, you'll know that solitaire (or patience, for us Brits) is a good timewaster.

4 Thrones is a clever spin on the card stacker genre that makes it work much better on mobile and shortens the whole ordeal to about three minutes. Perfect for killing time while microwaving a fudge.

Junk Jack X
By Pixbits - buy on iPhone and iPad 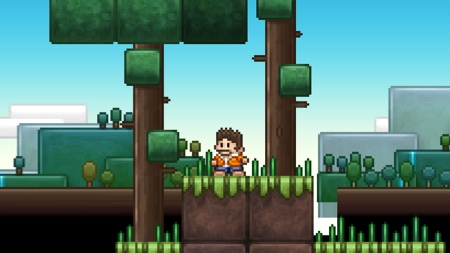 This month, we were witness to a pretty epic showdown on the App Store. There was one side-scrolling Minecraft-alike being pitted against the other, as PC favourite Terraria stared down mobile upstart Junk Jack X.

In both, you can tunnel into the earth's core; craft new tools and architectural wonders; stumble upon secret treasures; and while away hundreds of hours in a completely customisable world.

But Junk Jack X's friendly controls and online multiplayer just about give it the edge.

868-HACK
By Michael Brough - buy on iPhone and iPad 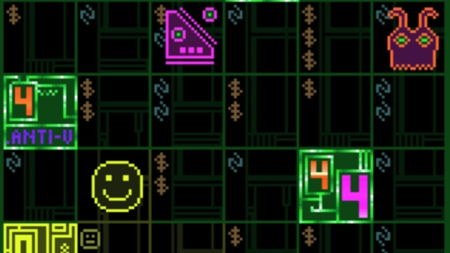 In Michael Brough's latest game, you're a computer hacker who's trying to make off with precious data while blasting anti-virus bots and sentient firewall monsters.

By siphoning data from network nodes, you will boost your score and unlock new weapons, but also spawn a handful of enemies. So, it's a sharply tactical game about considering your options and balancing risk with reward.

Look past those low-fi, abstract, perhaps even ugly graphics, and you'll find one of the most engaging roguelikes on the App Store.

July 2013 - June 2013 - May 2013
Next Up :
The benefits of accessible mobile games for the blind and visually impaired community