So, you're several hundred pounds closer to poverty, but at least you're staring at the sleek lines and curves of a brand-new iPhone 5S.

Now you've just got to figure out how to fill that hole in the sinking pit of your stomach.

You know the one. You've got to justify the economic, human, and environmental cost of your new hardware. Our recommendation? Just show it off to your friends.

With your disbelieving buddies in mind, we've put together a list of ten high-end iOS games that will demonstrate the full potential of the iPhone 5S's A7 chip to all around you.

Your pals will be dead jealous. Promise.

Infinity Blade III
By Chair - buy on iPhone and iPad 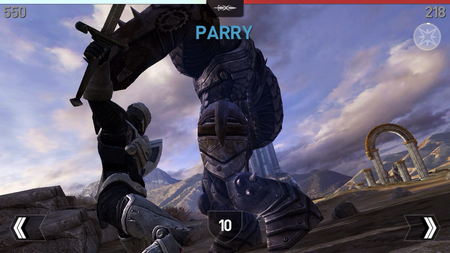 The Infinity Blade series has become the de facto first port of call for showcasing new Apple mobile hardware. And this latest instalment (which is specially optimised for the new iPhone) is no exception.

Just look at the extraordinary detail in those backgrounds and the smooth animation of those lifelike character models, and try not to drool. Really - please try not to.

The gameplay might be overly similar to the setup in the previous iteration, but you just want to show off your horribly expensive new gizmo, right?

XCOM: Enemy Unknown
By Firaxis - buy on iPhone and iPad 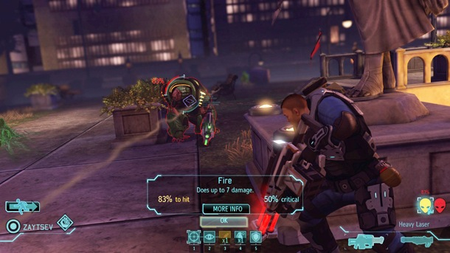 Here is a game that at one point required a seventh-generation console or a pretty hot PC to play.

Now, it runs on your iPhone. What better advert for the power of the tiny computer in your hand?

It looks outstanding with all the explosion effects, high-tech laser shots, and pulse-pounding over-the-shoulder zooms across the battlefield. Not to mention the enormous sprawling campaign and repeat play options.

Real Racing 3
By Firemonkeys - download on iPhone and iPad 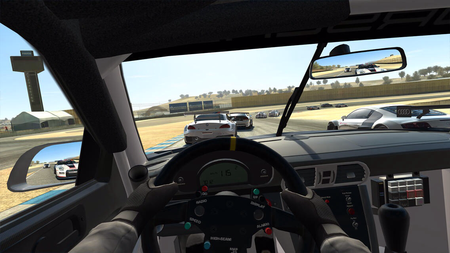 I can vividly remember firing up Project Gotham Racing 3 on Xbox 360 on release day and being amazed by all the lighting and reflections on those implausibly polished cars.

In those days, it was considered a technical feat to get Doom running on a smartphone. Nowadays, the graphics in mobile racing games can feasibly match the visual brilliance of their console counterparts.

This remains the only racer I play with zoomed-out view - even though it means slower times - just so I can take in the incredible view. 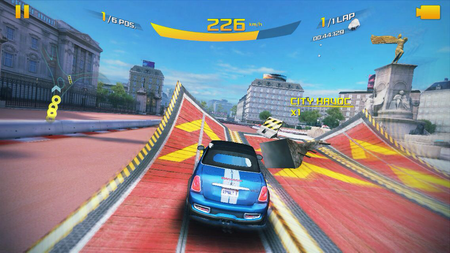 Whereas Real Racing 3 shines through its breathtaking realism, Asphalt 8 stands out because it's so ludicrously over the top.

Reds and purples are not supposed to pop out of the screen in such dazzling contrast, especially not at such breakneck speeds. And it should never be so much fun watching your car being wrecked in slow motion with glass splintering all over the screen. 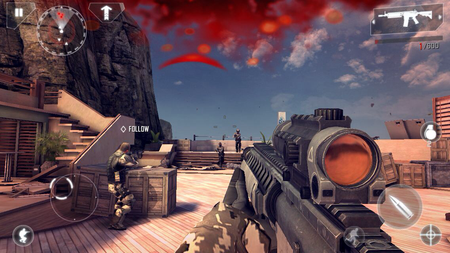 Even more so than racing games, first-person shooters are held up as the barometer for cutting-edge graphical excellence on console.

So, it's only natural that you'd want one of these high-fidelity shooting games on your phone to demonstrate its power. And you won't find better than this.

Not only does it have realistic detail, particle effects, and field depth, but it also runs at an amazingly smooth frame rate. 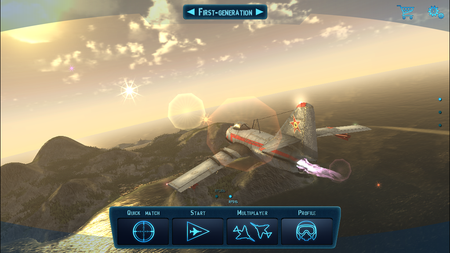 Before the advent of first-person shooters, flight simulators were 'handed' the honour of showcasing a new piece of gaming hardware.

Now, you can do the same on your mobile with Sky Gamblers: Cold War. Not that it's a straight simulation game, mind.

The easily accessible jet fighter controls here are miles away from reality. But the presentation is uncannily accurate as you scream through the stratosphere with a genuine sense of speed and light up the ground beneath in soft pastels of red and orange with your fireballs.

Horn
By Phosphor Games Studios - buy on iPhone and iPad 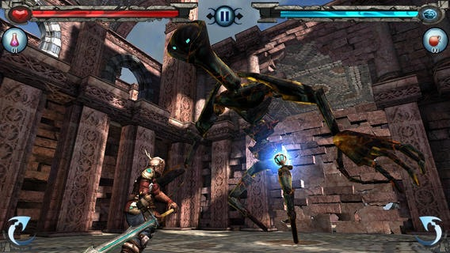 Horn's reputation rests on the imaginative and detailed storytelling. But the narrative is ably supported by incredibly lush visuals. The game is beautifully designed and presented in stunning detail, with Phosphor giving life to a rich fantasy realm you can carry in your pocket.

It stutters a bit on older models, sure, but your iPhone 5S should handle this like a dream.

Lili
By BitMonster - buy on iPhone and iPad 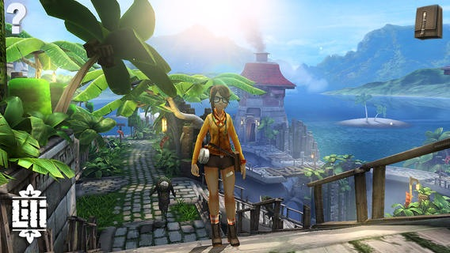 So far we've focused on games where graphical excellence is equated with realism. Many of the best-looking mobile games, however, are stylised, cute, and charming.

With Lili, BitMonster combines the best of both worlds. Here, then, are appealingly designed cartoon-like graphics delivered with a cracking level of clarity and detail.

This might be one of the oldest games on the list and, arguably, one of the weakest in terms of gameplay, but it remains the benchmark for marrying human creativity with digital capability.

Injustice: Gods Among Us
By NetherRealm Studio - buy on iPhone and iPad 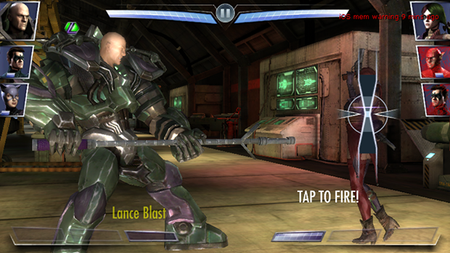 If seeing all your favourite comic book characters in jaw-dropping detail isn't enough to justify our picking this game for this rundown, consider the following three points...

All those varied super-powered attacks, from thunderbolts to eye lasers, rendered with eye-popping fluidity. All those gorgeously presented brief cutscenes. All those different backdrops lovingly created so that they can be smashed to bits by the protagonists.

It's a visual tour de force. And the gameplay isn't bad, either.

Deus Ex: The Fall
By N-Fusion Interactive / Eidos-Montreal - buy on iPhone and iPad

There's no better setting for demonstrating high-tech lighting effects and incredible futuristic architecture than, of course, the high-tech future.

And in squeezing all the nuances of the rich and complex Deus Ex series (one of the most accomplished franchises in PC gaming) onto a smartphone, N-Fusion Interactive and Eidos-Montreal provide the perfect graphical showcase for Apple's new powerhouse performer.

The near future of Deus Ex is already here. And it's sitting in the palm of your hand.