This is what the Nintendo NX could look like

When Nintendo announced that it was partnering with DeNA to make mobile games, it also briefly mentioned that it was developing a new piece of hardware, dubbed 'NX'.

The problem is, no one seemed to notice.

Now I'm pretty sure that this new piece of hardware, whatever it is, will ultimately be the most exciting piece of news that came out of that conference.

So I've had a think about what the 'NX' could look like and what functionality it could provide. Based on Nintendo's past offerings, chances are it will be creative, groundbreaking, and primarily focused on gaming.

Here are four speculative examples of how the 'NX' could function and what it could look like. 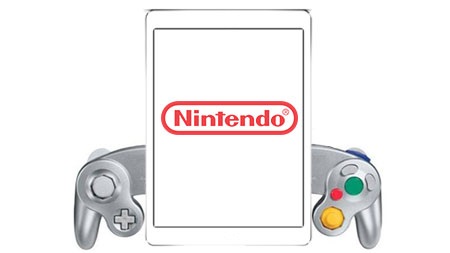 Okay, so it probably wouldn't look like that but it's a great method of forcing you to visualise the functionality.

What we have here is a premium iPad-sized touch screen with a comfortable controller attached that's modelled on Nintendo's finest controller of all time - the GameCube controller.

The two controller 'arms' could fold back and act as a stand for the tablet when you're browsing, watching Netflix, or playing a touch screen game.

Let's be honest - though touch screen gaming is an excellent compromise when we're on the go and can offer fantastic creative experiences in its own right, we'd all opt for the comfort of a controller given the choice.

Well, here it is – Nintendo finally perfecting the tablet / console hybrid and putting the NVIDIA Shield to bed for good. 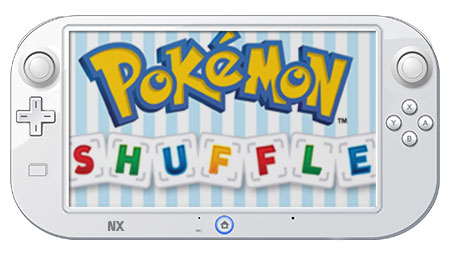 The Wii U tablet controller is massive - almost as large as the Wii U itself but, surprisingly, it's not all that uncomfortable.

In 2015 it seems like a reasonable suggestion that Nintendo could find a way to squeeze the Wii U into just the controller.

The screen could do with an enlargement, and a higher definition, and the whole thing should be changed to make it more attractive. (Read: less buttons.)

If this could be achieved AND it could still link up to any TV, Nintendo could have a real competitor on its hands.

A left-field choice, sure, but Nintendo aren't afraid to mix things up every once in a while.

You point it at a TV and the TV turns on and offers you a selection of games. You shoot the one you want to play and you're off.

A pull of the trigger serves as a 'tap' so it would be ideal for mobile games like Flappy Bird but also solves the problem of shooters not working on mobile.

This would be a very low budget device and primarily designed for people on the go.

Ridiculous? Let me introduce you to the Wii U or the 3DS.
Nintendo innovates. It creates the un-creatable and does it when most wouldn't even consider it possible.

After 3D and virtual reality, the holograph is surely the next technology to be milked dry and my money is on Nintendo to do it.

The Wii U may have failed so far, but it's still a remarkable console that offers an experience unlike any other.

If the NX was a full-blown holographic device, that's exactly what we'd get all over again.