After a much-needed break following the rumour-filled madness of WWDC and E3 in June, I'm back at it again!

This week it's all about iPhone and iPod touch - sorry, iPad, you'll get your time back in the spotlight again soon enough. Rumours are mounting over just what the next iPod touch will look like and it's sounding awfully similar to iPhone 4, which is fine by me.

With Mirror's Edge for iPhone and iPod touch delayed yet again - this time to support the high resolution iPhone 4 Retina display - it may end up being available around the time the new iPod touch arrives. You're sure to have on in time for Angry Birds 2, though.

While there's been a lot of discussion about the inclusion of a camera in the fourth-generation iPod touch model that's expected to be be revealed in September, the device will feature a range of other enhancements as well.

Retina displays - the technology that makes iPhone 4 screens so phenomenal - will be used in the new line of high resolution iPod touch devices. This will ensure that games built for iPhone 4 such as Archetype and NCAA Football 2010 HD are playable on iPod touch.

One feature that you won't be able to see is the A4 processor, which will also be plopped inside the new devices. This goes hand-in-hand with the retina display in upping the power of iPod touch for gaming, giving it a big boost in processing power so as to pump lush graphics on the improved Retina display.

A formal announcement regarding the next iPod touch iteration isn't expected until September, so if you don't already have an iPhone 4 you won't have too long to wait for your shot at a shiny new device. 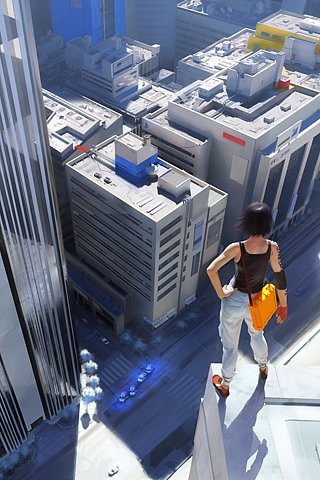 If you've been wondering what happened to the iPhone and iPod touch version of Mirror's Edge that EA Mobile promised us was coming "any day now" more than two weeks ago, then you're not alone. We've been eagerly awaiting its release since we first played in December and reviewed the stellar iPad version in April.

The last time the game was delayed it was to shift development resources to the phenomenal iPad version. A similar decision has been made with regard to iPhone 4 with Mirror's Edge pushed back to incorporate support for the handset's pretty Retina display.

It's easy to be annoyed at yet another delay - particularly since EA Mobile doesn't divulge the reasons for these hold ups - but when the iPhone 4-optimised edition of Mirror's Edge hits, I doubt there will be any complaints. 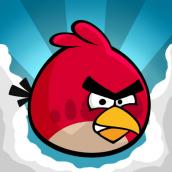 When a game flies to the top of the sales charts in the way Angry Birds has, it's almost guaranteed that a sequel is in the works, and that's precisely the case here. Angry Birds 2 development is in full swing with a release tentatively scheduled for the holiday season.

Developer Rovio Mobile has had tremendous success with its arcade physics puzzler, and the hope is that new types of birds, blocks, and pigs will entice downloads of the sequel.

Sounds like a safe bet to me - the rather short initial release of Angry Birds is ripe for a follow up that packs in more levels and a new multiplayer mode. In this new mode, you and another player duke it out by flinging birds toward each other's base.

It's unclear if Chillingo will be publishing the game or if Rovio wants to go it alone, though either way you can bank on Angry Birds 2 getting a simultaneous release on iPhone, iPod touch, and iPad in the coming months.