Welcome to our weekly round-up of the best free iPhone games. Once again, we have a selection of excellent titles that won’t set you back a penny – as long as you’re quick to download them.

If there’s a theme to this week’s Trawler Report it’s trains. Two of our picks feature the on-rails form of transport, though they’re very different games. One in particular is the neatest puzzler we’ve played for, oh, at least a week.

We’ve also singled out a particularly odious app for name calling and wedgies in our weekly Crap Apps section. 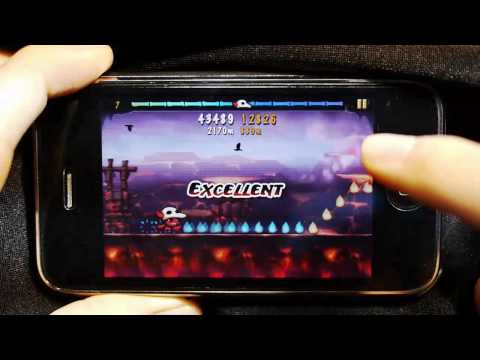 Subscribe to Pocket Gamer on
Our first offering from the FreeAppADay initiative, HellKid is another of those perpetual runners in the vein of Canabalt. It succeeds thanks to a neat art style and the inclusion of a slick swing system.

As our little red chappie runs from left to right, collecting little shards of fire and ice, you must tap the screen to jump over the obstacles that come your way. When a bony pillar appears, you can tap and hold to attach yourself and swing over wider gaps.

It’s hardly original, but HellKid is just polished and accomplished enough to warrant a download – especially for free. 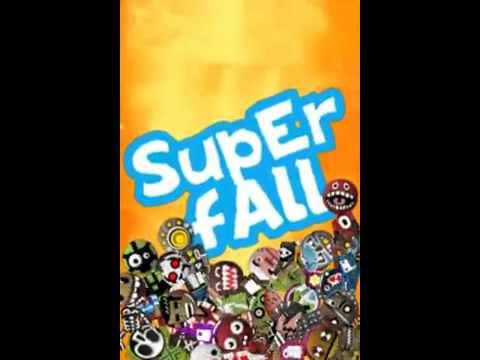 Subscribe to Pocket Gamer on
Superfall Pro turns the Doodle Jump-style perpetual climber on its head, tasking you with guiding a free-falling ragdoll around numerous obstacles. This is achieved by tilting your phone left and right.

Appropriately enough, ragdoll physics come into play, with your lead character bouncing and tumbling off spinning wheels and pinball bumpers. If you get snagged along the way, you can shake your handset to free yourself.

The art style is copyright-infringingly similar to Media Molecule’s LittleBigPlanet universe, but as you bounce around the levels, upgrading and unlocking new ragdolls, you won’t care a jot.

Subscribe to Pocket Gamer on
Tokyo’s subway system is no place for the easily stressed or personal space-conscious. Rush Hour Train replicates the madness with tongue firmly in cheek.

You must allocate passengers to the three carriages of each train, either by dragging individuals to the doors or circling a group and doing the same. Each carriage has a percentage rating, signifying how full it is, which must never be exceeded.

Punctuality is paramount, so you must get on the tannoy to call the rabble away from the doors in advance of giving the all-clear to the train driver. It’s a simple, charming game that any urban commuter will relate to. 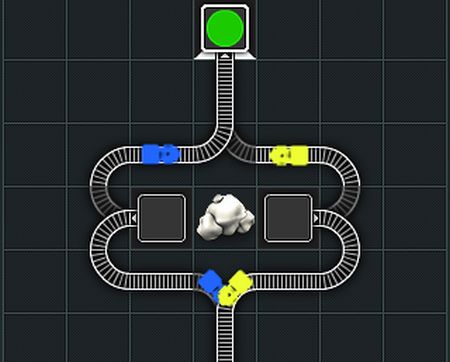 This delightful little puzzler has you directing trains by drawing out the tracks for them. No, it’s not yet another line-drawing Flight Control clone. It’s far more interesting than that.

Tracks can be joined together and split apart quickly and easily, with priority at junctions adjustable with a simple double-tap. Soon enough, you find yourself having to combine numerous trains, timing it so that they meet before entering the station.

Colour also comes into play, requiring you to combine, say, a red train with a yellow train in order to enter the orange station.

Trainyard Express is a brilliantly fresh addition to the iPhone puzzle genre, with stylishly minimalistic presentation and an excellent Tutorial section. There's a full paid version on the App Store, but with over 60 puzzles this is a generous package in itself. 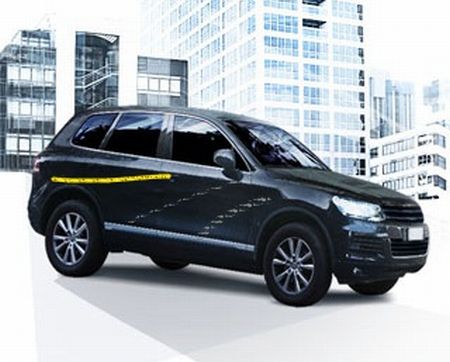 “Have you ever wanted to scratch a car? Now you can do it!”

You can’t really. Instead, you use this sub-MS Paint app to add obviously-fake scratch marks to pictures of cars. Then you save them to your photo gallery for some hilarious japes.

There are some pre-loaded pictures to test it out on, although even these are half-baked. The zoomed-out view that’s completely the wrong scale for the thick scratch marks effects is one clue, the hand-drawn backgrounds another.

If you’re even considering downloading this, scratch it from your list immediately.