We all love free and cheap iPhone games, but the things we play them on aren’t quite so cheap. Just recently, we lost an iPhone to the salty depths. It got us thinking - what would you do if you lost or broke your iPhone or iPod touch?

Would you have to replace it within a day or so, or could you happily exist without daily access to the joys of the App Store? With the daily price drops and the excitement of finding out the latest peggling action, the App Store can get quite addictive.

Still, for now we’ve hopefully all got our iDevice’s safely cradled away somewhere, just begging for more games. This week’s catch includes free versions of some of our favourites from recent months and well as a couple of intergalactic and otherworldly oddities.

Guitar Rock Tour Free
By Gameloft
What is it? It’s Guitar Hero on your iPhone
Type Demo 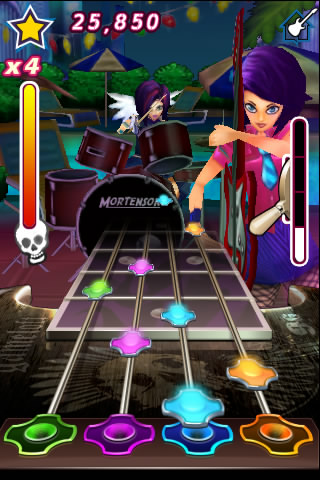 Much as we can appreciate the attraction of having a Rock Band or Guitar Hero session around a friend’s house with a few bandmates, we hope that the iPhone doesn’t get roped into the Guitar Hero peripheral trend.

Can you imagine it: having your iPhone plugged into a full-size guitar? How would you even see the screen? If the ascent of iPhone gaming continues, it can’t stay away from plastic peripherals forever.

For now, though, it’s safe, and Gameloft’s Guitar Hero-a-like Guitar Rock Tour is played with your fingers. This free version includes Scorpions’s hit 'Rock You Like a Hurricane.'

Many of the best Guitar Hero songs are by bands just about to trip over into retirement age, and following this rule the song’s a great choice. Guitar Rock Tour is a must-download for those looking for something a little different from Tap Tap Revenge.

Lunar Module 3D Lite
By J-Squared Software
What is it? It’s one small step for the iPhone...
Type Demo 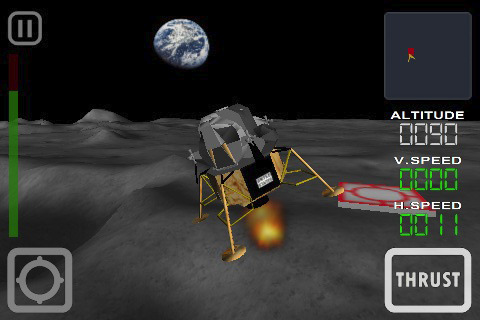 Lunar Module 3D is a big geeky boffin of a game. It sees you recreating moon landings from the past, giving you control over the moon lander’s trajectory and thrusters while managing fuel levels.

Moon lander games have a tendency to be horrifically frustrating, penalising you for infinitesimal angle errors with a game over screen and not so much as a half-hearted commiseration. Thankfully, in spite of being full 3D, Lunar Module 3D isn’t all that tricky.

It only gives you a single trip to have a go with, where you’re alighting at a couple of different points on the moon’s surface, but it was different enough to catch the attention of our finger. Yep, we all share the one finger here at Pocket Gamer.

With quasi-realistic speech samples and a really quite pretty moon surface, Lunar Module 3D is perfect for any Apollo fans out there.

Parachute Panic Lite
By FDG Software
What is it? It’s one of the toughest casual games in town
Type Demo 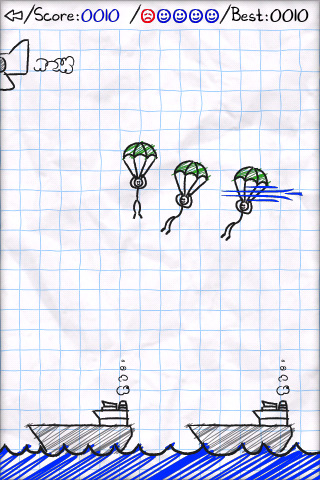 Parachute Panic is one of those games that hides a rock-solid challenge behind a friendly exterior, like a serial killer with a Peter Griffin mask on. It sees you directing free-falling parachutists down from the skies onto aircraft carriers, while avoiding air traffic and clouds. You push them about using wind gusts, which you make with finger swipes.

The facade that it hides behind is a good one, though. Parachute Panic’s graphics look like they’ve been scribbled on a scrap of paper with an HB pencil. Okay, so that may not sound great when it’s put like that but, trust us, it’s charming.

This lite version limits the number of game features there are and the number of lives you have. If you’re anything like us, it’ll all be over in a heartbeat, but Parachute Panic has that moreish quality that’ll see you coming back for more punishment. 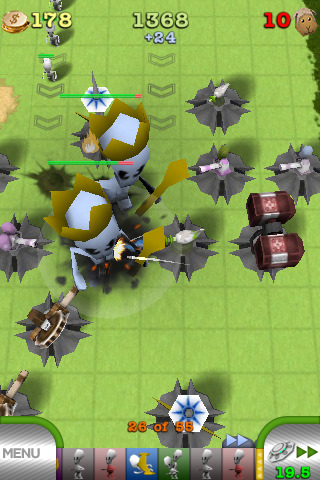 Although we’ve often commented about how many tower defence games have invaded the App Store since its launch, there haven’t actually been that many of late - or at least not many high profile ones.

Spanner gave TowerMadness one of our Silver Awards when he reviewed it a few months ago and, finally, now you can try it out for free with this lite version. It gives you 26 waves of enemies to blast, using a limited range of towers.

The story here is that aliens have invaded and are after your sheep. You have to blast them before they get their hands on your livestock. TowerMadness is a defence game where you can place your towers wherever you like rather than making you work along a pre-defined path. Think you’ve had enough of tower defence? Think again.

Pool Star Lite
By I-play
What is it? It’s a pretty pool game
Type Demo 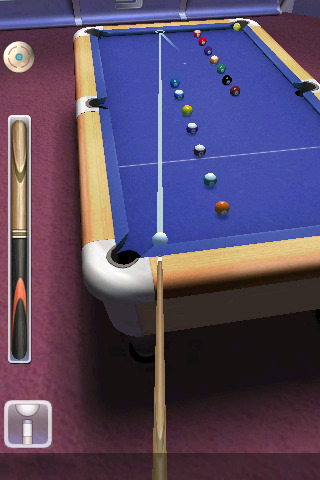 If you’re of drinking age, you may find that pool is one of those games that swings between being wildly difficult and ridiculously easy depending on how many drinks you’ve had. One minute you’ll be a ball-potting whirlwind, and the next you’ll be shamed by someone who professes never to have laid a hand on a cue.

A fairly traditional pool game, Pool Star lets you set the trajectory or your shot and its power before hitting away at the ball. You only set the power along a gauge, though, so there’s no simulating the stroke with a touchscreen swipe.

The lite version lets you play a full game against a predictably handsome blonde-coiffured goon. Pool sharks have all the luck, apparently.

Last Cannon Lite
By Shadiradio
What is it? It’s a stylish little cannon game
Type Demo 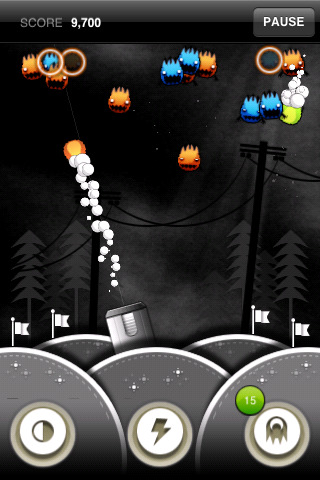 Last Cannon’s a simple game that’s made unaccountably rewarding and stylish by a few little tweaks. It’s essentially a Missile Command game where you have to blast nasties at the top of the screen before they reach the bottom.

However, they come in two colours and you can set off combos of similarly coloured ones. You can set up these combos yourself with a beam weapon that switches the colour of your enemies. These aren’t the only things that make Last Cannon fun, though. Its music and visuals set it apart from the many games of its type available on the App Store.

Despite having gameplay we’ve seen before, it’s somehow strange and stylish - it’s normal but a bit weird, familiar but a little peculiar. A contradiction? Perhaps, but a great one nevertheless.

What Handbag are You?
By Trippert Labs
What is it? It’s an app that reduces your essence an inert container
Type Full 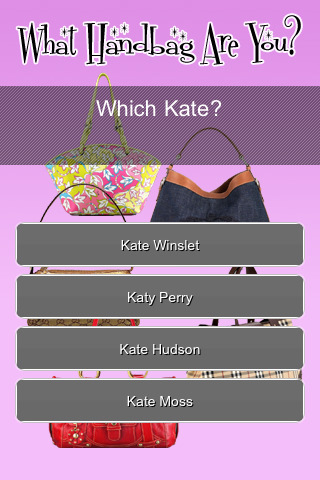 Have you ever wondered what kind of lamp shade you’d be, if you were to be reincarnated as one? Of course you haven’t, because even if reincarnation does exist, you wouldn’t end up as an inanimate piece of furnishing.

Yet, What Handbag are You?’s precise remit is to simmer down your essential essence into such a thing - a handbag. Even if you do have an obsession with the things, you surely wouldn’t want to be one, right?

The app asks you a few questions, such as ‘which is your favourite Kate? Kate Moss, Katy Perry...’ from which it divines exactly which handbag you are. What Handbag are You? clinched itself the Crap Apps award when it suggested that the Trawler was a mere ‘Practical Satchel’. What cheek.