Hello and welcome to another weekly Switch round up. Thanks to another bank holiday it's technically been eight days since the last one, so you can bet your bippy that there's been a tone of news and new releases worthy of recapping over.

That's right, this week we've had all sorts of new news, from geometric rhythm puzzlers to confirmation of release dates for moral-narrative titles and neon-soaked roguelikes. There's something here for everybody.

If you're reading this and thinking, 'I'm a more immediate type of person' then why not follow us on Twitter or Facebook? That way you can find out about when posts go live as soon as they happen. And, of course, if you think we missed something out then why not leave us a comment below? 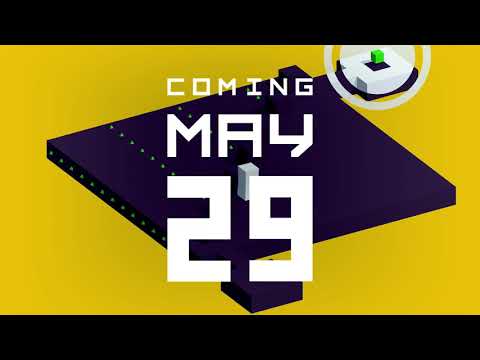 Vectronom is a pacey platformer all about matching the beat and thinking on your feet. Maybe the game's launch trailer isn't the best example of the rhythm-based riddler, maybe you'd be best checking out some of the images on the game's Switch page for that, but it does at least showcase the importance of music throughout the experience.

It's launching on the Switch tomorrow, and looks like it could be a whole lotta fun. 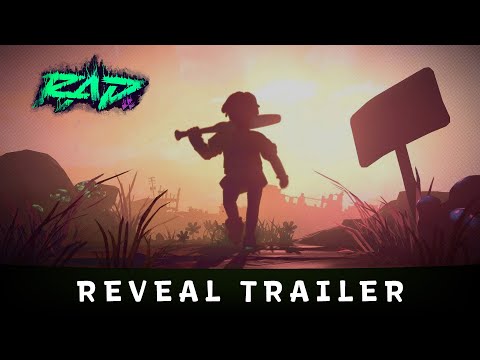 I've been following Rad for a little while, and managed to play some of it while I was in San Francisco for GDC. It's an enjoyable little romp through acid-soaked wastelands; a roguelike about mutating yourself while navigating a world filled with sinister, vile beasties and relics of an eighties which never happened.

Double-Fine's may strafe genres from game to game, but they always manage to nail the setting and style. Rad is a perfect example of this; enemies drip and slobber as they lurk around, and the world springs back to life as you paint it back to life with your presence..

It's launching on August 20th for PC and home consoles, including the Nintendo Switch.

Become judiciar of the people during the French Revolution in We. The Revolution. 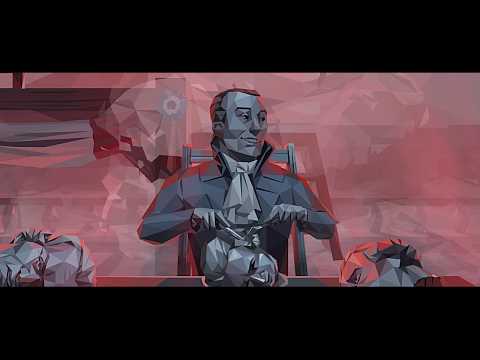 Originally released for PC in March of this year, We. The Revolution is a fascinating, historically influenced narrative experience. Players take on the role of a judge of the Revolutionary Tribunal and must then decide the fate of criminals, loyalists and civilians after reviewing evidence and cross-questioning.

You'll need to be careful, selective, and thorough if you hope to survive in your role; the revolution was about many things and many people were out for themselves. It's hard to find out who is truly loyal, and to what cause. While this is happening you've also got to deal with your family, who have very split opinions over the fate of the nation and the criminals you are trying.

We. The Revolution will be coming to the Nintendo Switch later this year. 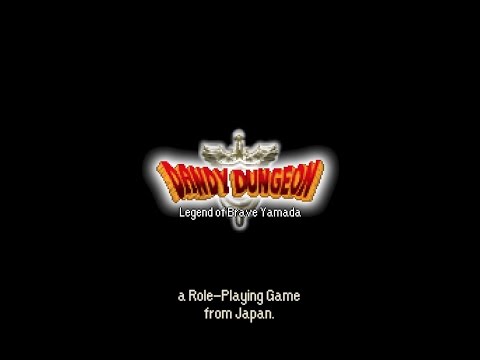 Dandy Dungeon is of the games which brought me back into grabbing games on my phone. It's a nonsensical little management game where you take on the role of a flagging, slobby 36-year old who is determined to get out of their job by becoming a video game developer. You follow Yamada's game from the very first test through every stage of development, playing out his RPG as a puzzle experience. It's all done in a very clever way, with the experiences of luckless Yamada directly impacting and inspiring the new monsters and challenges which he adds into his game.

While Yamada is a bit of a buffoon, so much work and care has gone into the game that it becomes quite hard to put down, and while it does dip into microtransactions they are all handled in a very clever way which can be worked around with a little bit of patience.

Onion Games had previously only released Japanese language announcements for the game, however we've now received an English language press release. This certainly looks to be a good step toward a Western release for Dandy Dungeon when it comes to the Switch in Summer.

Okay, so we don't normally deal with the business specific side of the industry when it comes to Pocketgamer.com, however this could definitely spell some new games for us players, so let's chat.

THQ Nordic, who have been gobbling up companies and IPs since they rebranded (after acquiring the THQ IP bucket a few years back), have now acquired Piranha Bytes. 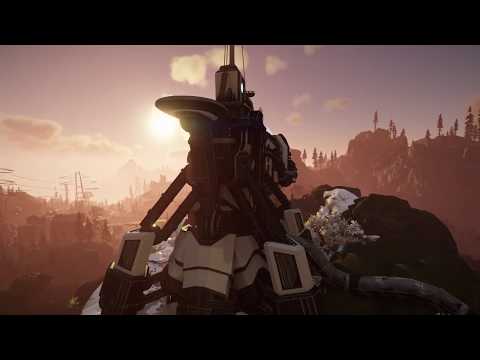 Piranha Bytes are best known for their European RPGs; third-person adventure RPGs which have no reservations about ramping up difficulties or wiping out players who don't exercise caution in dangerous areas. Their properties included Elex (which was published by THQ Nordic) as well as the Risen and Gothic series.

I was a massive fan of the Risen series, and really enjoyed the world-building which had gone into ELEX: a post-apocalyptic world where technology fights magic fights might.

What does the acquisition mean? Well, THQ Nordic have been doing good work with the IPs they acquire, not just overseeing new developments in old series, but also making sure that their games are ported to as many consoles as possible. De Blob and De Blob 2 are great examples of this, they're now on almost every console going thanks to the publishers efforts.

In a time when people laud heavy praise on anything coming out of From Software, Risen and Gothic's ownership of challenge is definitely something which could be welcomed by a larger audience. Maybe we'll see some of Piranha Bytes' games coming to the Switch. 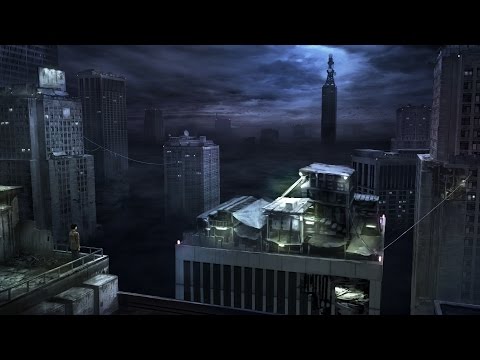 Do you remember survival horror at its finest: Fixed camera angles, scratchy narrative and blocky graphics which really didn't age well? Well, Back in 1995 is both a decent reminder of those qualities, and also an impressive tribute to them. Oh, it also stands pretty well on its own too.

What's perhaps most interesting about Back in 1995 is that it doesn't dive too deep into the wild action attempts of those earliest titles. There are plenty of moments where you are rustling through old papers or talking to slightly uncanny seeming individuals, diving into the story rather than creeping down messy corridors. Action is definitely in there however, complete with the awkward aiming of console generations long passed. 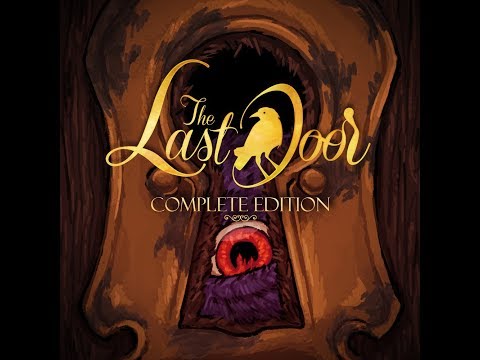 For those of you who missed The Last Door when it originally released half a decade ago, it's a real treat.

The Last Door is a point and click adventure game which takes place in a strange, occult-riddled Victorian England. Death, demons and mystery are everywhere, and the whole game is rife with imagery and clever puzzles. It is a true love letter to H.P Lovecraft.

The Last Door is also available on iOS and Android.

I, for one, am very glad that this has made the journey to the Switch. The handheld console is a perfect fit for point and click games, that and the fact that I'm always glad to see the genre getting a bit more love. 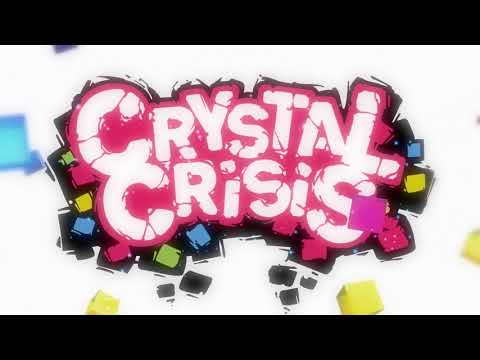 Crystal Crisis is an interesting one. It's a block-building, color-matching 1vs1 puzzle game which features a whole array of indie game characters from the ages. If you're a fan of puzzle games then its one to pick up even if you haven't had any experience with Cave Story, Astro Boy or the other games which lend their characters to the game.

There has been a serious amount of care and attention put into the game, but maybe the best way for you to see the mechanics in play would be to watch the above trailer and make a decision for yourself. It's definitely one for me though.

0/3
Next Up :
Everything you can expect from the adorable Ensemble Stars!! Music × Sanrio characters collaboration event