Pandora creator: Kickstarter sensation Ouya could be dead on arrival

The newly crowd-funded Ouya console may be breaking records and attracting thousands of generous backers, but it could end up being a commercial disaster which will cost its founders dearly, according to a man who knows a thing or two about launching new gaming hardware.

Craig Rothwell is part of the team behind the Pandora handheld, which was first announced way back in 2006 but suffered delays and setbacks before finally making it to retail.

As such, Rothwell is ideally positioned to provide an experienced viewpoint on the perils of conceptualising, manufacturing and distributing new video gaming hardware.

Rothwell’s most obvious concern is the price - the team behind Ouya are adamant that they can provide a Tegra 3-powered base console equipped with 1GB of RAM and a wireless controller for less than $99 (approximately £60).

“You simply cannot make a quality console and controller for $99, no matter how low you go in China,” comments Rothwell. “Even a Chinese semi-slave production line won't hit $99 at that spec, as the big name parts they are talking about are a set cost. "

"My feelings are that at that price - and remember you have to take off the Kickstarter fees, which brings the console and touchpad-equipped controller in at less than $99 - they will be making a loss on each unit sold.” 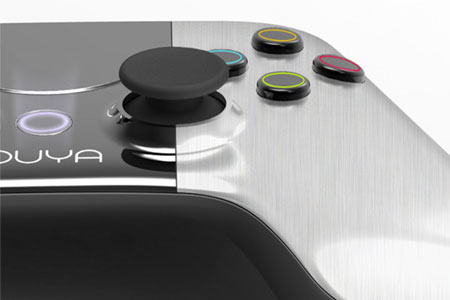 The Ouya game controller (via Kickstarter)

Rothwell and his team are currently engaged in bringing the second generation Pandora to market, and he is quick to point out the harsh lessons they’ve learned from the genesis of the original machine. “With the first Pandora we didn't dare take orders until we could show all the hardware working, with exact specs, and a working case and controls.

“We worked out all costs and had quotes which we went public with, and even then everything which could go wrong did go wrong. We survived by the skin of our teeth and via some very, very kind customers and developers. In many ways, we did ‘Kickstarter' before Kickstarter was even a thing; we raised over $1.5 million back in 2009 to fund the completion of the Pandora project.

“Now we have been though that baptism of fire, and know everything that is involved, it’s clear that a race to the lowest possible price isn't how you succeed. That's generally how things can go majorly wrong; when trying to come to market with a rock bottom price, one error, one contractor messing up, and it's curtains."

"Because Ouya is already being sold at that rock bottom price before going to production, there is no way for them to adjust for error. I hope they have a big secret pile of cash they can call on if they need it.”

It’s not just the pricing that troubles Rothwell. Although it’s early days for Ouya, there are nevertheless a lot of unanswered questions about how the system will actually work once its installed under your telly. Naturally, the Pandora man has his own theories. “My guess is that you will have to pay some kind of subscription to use the console, and that is where they plan to claw back some money.” 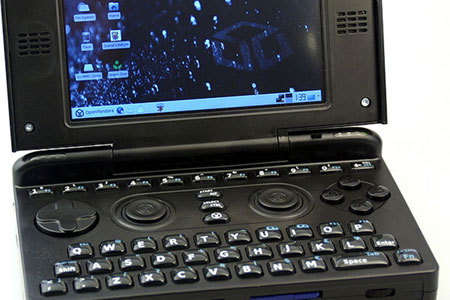 Rothwell also questions the claim that the system is truly open, and points out that the proposed developer pricing arrangement isn’t quite as revolutionary as Ouya’s founders would have you believe. “They say they are 'open' but the hardware they are using isn't open - it will require binary blobs to use and their software appears to contain DRM,” he says.

“What they are doing with regards to developer fees is also nothing new; they want to charge developers 30% to release a game on their console. What's the point in doing all that work for their comparatively tiny audience when you can get a better deal releasing on iOS or ‘normal’ Android via Google’s popular Play Store? You might as well get a HDMI cable and an iControlpad and use your super-powered Android Tablet on the TV. You can do that right now, without the need for the Ouya.”

Ouya has already smashed its Kickstarter target and still (at the time of writing) has almost a month to go before funding closes.

The interest in the system has been nothing short of astronomical, but as Rothwell knows only too well from his journey to market with the Pandora, expectation has a habit of coming back to haunt you. “When all the hype dies down, this machine could well be DOA, and Ouya could be looking at a giant black hole of losses.”