With the iPhone 6s and 6s Plus just around the corner, you might be thinking that it's finally time to upgrade from your old phone. But should you, and what will you get out of it.

Here's our handy guide, if you're figuring out whether to upgrade from an iPhone 5 or iPhone 5c to the 6s or 6s Plus. You'll get: 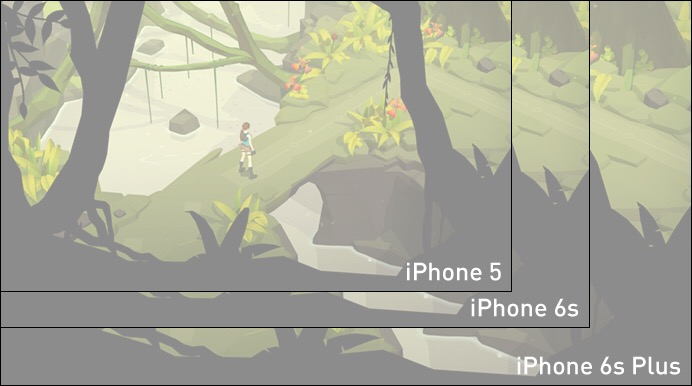 The iPhone 5 screen seemed pretty big when it launched. Especially in comparison to the dinky iPhone 4s display. But it is dwarfed by the 6s and 6s screens.

The screen hops from a 4 inch display on the 5 to a 4.7 screen on the 6s. And the Plus? A whopping 5.5 inch display. See the image above for a to-scale comparison of the three screens's physical dimensions.

Not only that, but app makers can show more content on the screen at once to make better use of the new aspect ratio and resolution on both 6s and 6s Plus. So a Twitter app, for example, can show way more tweets on one screen.

Every iPhone is a bit better than the one before it, and you'll certainly notice that if you leap from the 2012 iPhone 5 to the 2015 iPhone 6s.

The iPhone 5 has a 1.3GHz Apple A6 processor, while the 6s is rocking a 64-bit Apple A9 with a separate M9 motion coprocessor. We don't know about the GPU, but it will be at least as good as the iPhone 6, which was quad-core to the iPhone 5's tri-core.

That all means that apps load faster, crash less often, and games are smoother. Of course, the iPhone 5 is no slouch and games run smoothly on the older device. Almost everything is compatible with it, too.

But if you're looking for better graphics or you're plagued by regular crashes or hangs, the 6s will be a breath of fresh air.

The 5 has 1GB of RAM. Reports from developers suggest that the 6s and 6s Plus will have 2GB. This makes everything run smoother, and also lets apps stay in memory for longer.

So if you exit out of a game to check your emails or answer a phone call, the game should be waiting where you left off on the 6s - but will have to load from scratch on the 4s.

While the iPhone 5 can already do a lot of cool stuff, including work with the Apple Watch, the 6s will grant you the nifty Touch ID fingerprint scanner, NFC for Apple Pay, and that nifty new 3D Touch input.

The iPhone 5's 8 megapixel camera isn't a whole lot better than the iPhone 4S. So going to the 12 megapixel 6s snapper will be a big leap. It also has a faster aperture, and has two LEDs for the flash instead of one.

The 6s Plus can do optical image stabilisation, too.

The front one is better too. It jumps from 1.2 megapixels to 5. But all iPhones since the 5S can only do 720p video from the front camera.

More space (if you want it)

The 6s and 6s Plus have bigger batteries, so expect longer life when using them. Here's what to expect:

The wi-fi chip now supports the ac band, and it has Bluetooth 4.2. It while the iPhone 5 and C can already get full 4G, the 6s can also do LTE-Advanced. Handy?

There are fewer colours to choose from

If you've got an iPhone 5 (which comes in black or white), you'll have more options. But if you were rocking the colourful iPhone 5c (white, pink, yellow, blue, or green) you'll have far fewer.

You won't need a new SIM card or accessories

The 6s takes the same Nano SIM as the 5th generation phones. And has the same lightning connector so all your cables and docks will continue to work. You'll need a new case, though, because…

It's a lot bigger

This one is very much down to personal preference. Want a tiny phone that will fit in your pocket? Then maybe you should stick to the 5. Otherwise, you'll have to get used to a significantly bigger phone. Here are the four phones, to scale:

The iPhone 5 is still a great phone, even though it's a few years old. Yeah, newer games might be a little sluggish and the battery is probably starting to wane, but it's a stylish and svelte phone.

However, the 6s's new screen gives you so much more visibility in apps, the extra power will future-proof your device for years, and features like fingerprint security and 3D Touch will be cool.

If you like taking snaps and selfies, then the improved camera should be a deal closer. The iPhone 5 camera is really showing its age, and your holiday shots and home videos will be monstrously improved by the 6s's hugely improved shooter.